Part 3: War on water and the managed landscape 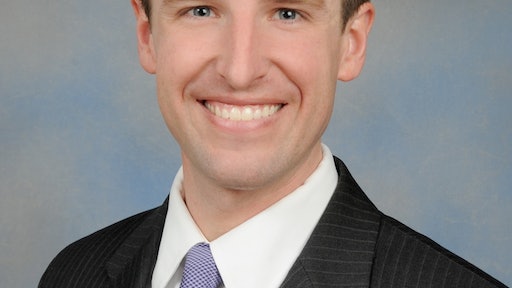 John Farner is the government and public affairs director for the Irrigation Association. He is also treasurer and founding member of the Western Agriculture and Conservation Coalition, and was formerly a schedule C political appointee for the President George W. Bush administration.

The war on water was centered in California last year, but landscaping professionals around the country took an interest. Will there be a repeat this year?

"El Nino is going to fix everything in California, right?" jokes John Farner, government and public affairs director for the Irrigation Association (IA). Truth be told, while the state has received some beneficial rainfall thanks to El Nino, it hasn't been enough to bust the drought. The same can be said about the mountain snowpack—which is really the key.

"California Governor Jerry Brown, in April of last year, issued his executive order based on the California Department of Water Resources report on the snowpack level as of that day," Farner reminds. So the snowpack is what everyone is watching as spring nears this year.

Back in November, Brown had issued another executive order stating that if drought conditions persist in the early part of this year, the urban potable water use restrictions will be extended through October 31. That order also points out that the Water Board can consider modifying those restrictions to address uses of potable and non-potable water, and to incorporate insights gained from the existing restrictions.

Regardless, Farner says states like California—and particularly the landscaping and irrigation industries in general—should continue to focus on proven best practices that the California drought has helped bring to people's attention. It comes down to a combination of smarter landscaping (right plant in the right place) and smarter irrigation (utilization of the latest technologies such as smart controllers, soil sensors and high-efficiency emission devices).

One way to help ensure that the best practices are actually practiced is to ensure that as many professionals as possible have the necessary training and expertise.

"In many parts of the country, irrigation is not regulated," Farner says. "Anybody can go out and become an irrigation contractor regardless of their expertise. Our mission is to promote efficient irrigation. Efficient irrigation is the result of good technologies, training and education. One way to achieve that is through ordinances. So we have a model ordinance we've prepared and made available on our website. We go to municipalities, states and water providers that are working to not necessarily regulate, but simply promote best practices. It's similar to how you have an ordinance when building a new home. We'd like to see similar ordinances when it comes to new irrigation systems."

This again showcases the importance of working with officials on the state and local levels—which requires the grassroots engagement of as many green industry professionals as possible. When it comes to water and irrigation, the IA is paying special attention to Colorado and elsewhere.

"Colorado has introduced its Colorado Water Plan," Farner explains. "We are partnering with them to help promote water conservation through efficiency and education. We're also looking at similar opportunities throughout the country, and will continue to rely heavily on our volunteers to let us know what's going on in their backyards so we can help drive a lot of the discussion over irrigation issues. If we don't drive the message, someone else will drive it for us."

The EPA can be one such driving force. The IA is interested in its WaterSense program, which works to identify water-saving products and service providers. It's not a Congressionally authorized program. Thus, all funding comes directly from the EPA's budget. The IA would like to see Congress get involved so WaterSense could become even more robust and permanent.

"This is something we'll be working heavily on this year," Farner says. "There are a few bills already that authorize the WaterSense program that we're interested in. We're trying to help raise the level of education throughout Congress as to what exactly WaterSense is, along with its importance."

A positive development is that WaterSense is now working on additional specifications. "Right now we have certifications and controllers that are labeled," Farner points out. "Now the EPA is looking at labeling soil moisture-based sensors and additional products, which is good."

The drought in California has led some to dramatically change their view of landscaping. This shifting mindset is something all landscaping professionals should be concerned about, whether in California or elsewhere.

"We are seeing attacks on the managed living landscape," says Kris Kiser, president and CEO of the Outdoor Power Equipment Institute (OPEI). "Some building codes and standards are trying to ratchet down what you can put in (plant life) and how much. We've seen some very aggressive steps that I like to call 'underground rulemaking' because they don't really have any statutory authority. At the same time, some are using terms like 'water-guzzling lawn'. The drought in California has exacerbated this. We need to educate people that this is not the case."

In addition to the omnibus spending bill that was approved in December—which provided temporary relief to the strained H-2B seasonal guest worker program—Congress also managed to approve a long-term transportation funding bill at the end of 2015. Here again, landscaping was under the microscope.

"In the debate, AmericanHort led the successful effort to beat back a hostile amendment that would have prohibited federal highway funds from being used for vegetative enhancements, also known as landscaping," says Craig Regelbrugge, senior vice president of industry advocacy and research for AmericanHort. "This ludicrous idea was voted down, but yet it was supported by literally two-thirds of House Republicans. So it is a victory and at the same time a fresh reminder that our industry has a lot of work ahead in educating policymakers on why plants and landscaping are essential components of infrastructure, and for the ecosystem services and human health benefits they provide."

The industry has a lot of work ahead of it in general. From labor challenges to product usage restrictions to overall image issues, there is much to be done in this and coming years.

The National Association of Landscape Professionals (NALP) has recently adopted a new three-tiered government and public affairs strategy to help ensure that all key issues affecting this industry are being properly attended to. "This approach will help us prioritize the numerous issues it is trying to address, while also helping its members focus on what needs to be done to address each issue," says Missy Henriksen, vice president of public affairs for NALP.

The NALP tier system is as follows for this year.

Tier 1 – Issues that NALP wants to take the lead on:

Tier 2 – Issues that NALP wants to support as part of a broader coalition:

Tier 3 – Issues that NALP supports and communicates to members, but leaves to other better-equipped organizations such as the U.S. Chamber of Commerce of National Federation of Independent Business to tackle head on. These issues include:

Whether leading the charge or working as part of a broader coalition, it's clear that any challenges the green industry faces will be best tackled by one large, fragmented industry working together as one. "OPEI is very appreciative of all the industry associations: the National Association of Landscape Professionals, the Irrigation Association, AmericanHort and the National Hispanic Landscape Alliance," Kiser says. "We recognize that working together is how we are going to address all of these challenges.