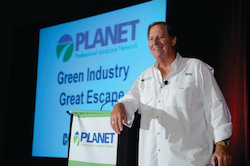 Tom Oyler is the architect, founder and former president/CEO of the nation's first and then fastest-growing landscape maintenance franchise company. He has also gone on to found or co-found several other successful companies. Tom is a two-time nominee for the International Franchise Association's Entrepreneur of the Year Award, and was recognized by the City of Orlando as its Businessman of the Year.

The Real Secret to Sales Growth Is Innovation

Giving customers more for less will not lead to the kind of long-term sales growth you're looking for. The secret to growth in any market, especially a flat one, is increasing market share—and that requires innovative thinking.
Tom Oyler
October 15, 2012

How To Unleash Innovation in Your Company

Beware the Benchmarking-induced Cycle of Destruction

Contractors obsess over cost cutting so they can give customers more, but all that does is raise customer expectations while placing a stranglehold on profit and growth potential.
Tom Oyler
October 15, 2012
Follow Us