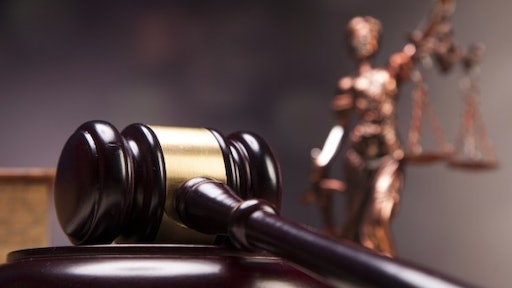 The Maryland Court of Special Appeals on Thursday ruled in favor of allowing Montgomery County to enforce a ban of the use of pesticides on lawns.

In 2015, the Montgomery County Council passed an ordinance by a vote of 6-3 to restrict the use of certain pesticides for cosmetic purposes throughout the county on private and county-owned property.

As approved, the ban, which was scheduled to take effect in 2018, targeted certain federally approved pesticides that contained substances linked to cancer.

It did not apply to agricultural land and golf courses and would not have stopped the sale of lawn pesticides in the county.

Two groups of lawsuits were filed in 2016 by residents, businesses and a pesticide trade association arguing that the ban was illegal and preempted by state law.

The first group consisted of seven county residents, six local businesses and  Responsible Industry for a Sound Environment (RISE),  the national trade association representing manufacturers, formulators, distributors and other industry leaders engaged with the specialty pesticides and fertilizers used by consumers and professionals.

The two sets of lawsuits were consolidated to be heard in circuit court.

In August 2017, the businesses and residents seemingly won their case when a Montgomery County circuit court judge ruled that the county ordinance was preempted by state law and the Maryland Department of Agriculture’s comprehensive pesticide regulatory program.

Nine organizations, including Beyond Pesticides filed briefs in support of the county law.

On Thursday, the Maryland Special Court of Appeals overturned that ruling with anticipation that the ban would so take effect.

The Court of Appeals cited in its decision other instances in which local jurisdictions had enforced pesticide regulations “without any record of chaos and confusion.”

Unsuccessful attempts were made in 1992, 1993 and 1994 to pass preemptive legislation at the state level. The Court of Appeals argued those failures strongly suggested that there was no legislative intent to authorize or recognize preemption.

“We conclude that the citizens of Montgomery County are not powerless to restrict the use of certain toxins that have long been recognized as ‘economic poisons’ and which pose risks to the public health and environment,” the court stated in the written opinion.

Council member Tom Hucker, chairman of the Council’s Transportation and Environment Committee and one of the bill’s lead sponsors called the ruling “a huge win for both public health and the environment.”

According to Jay Feldman, executive director of Beyond Pesticides, “This is an important win for the local organic land management movement sweeping the country, as local elected officials embrace practices that protect the health of people and the environment.”

Attorneys for the county expect that industry groups will file a petition for a writ of certiorari (judicial review) and request a stay of enforcement with the Court of Appeals.

An attorney representing the lawn care companies and RISE did not immediately respond to a request for comment.

Karen Reardon, vice president of public affairs at RISE said the organization was disappointed with the decision given the prior opinion issued by the lower court that the ban was preempted by state law.

“We remain concerned that this local pesticide regulation undermines the state’s authority in regulating pesticides and ensuring they are used properly and safely throughout the state,” she said.

Reardon feels that the necessary expertise and enforcement capability are provided by the Maryland Department of Agriculture.

She expressed equal concern with the knowledge that the ban includes the outdoor use of virtually all EPA and Maryland state registered pesticide products available at big box retailers, retail nurseries, grocery stores, online and through lawn and landscape professionals.

“Harmful pests are still present in the county regardless of the court’s opinion,” she said. “Montgomery County residents now have no realistic options to treat their own property or to have professionals make treatments using products that have been approved for this precise use in Maryland by the U.S. EPA and Maryland Department of Agriculture and that have been scientifically proven to be safe and effective when used according to their labels. “

RISE is evaluating its next steps to help ensure Montgomery County residents have the right to decides for themselves whether to use pesticide products that have been approved by the state.

The county residents, lawn care companies and RISE can ask the Maryland Court of Appeals to review the decision. In the meantime, the county is in the process of implementing the law.

Court Strikes Down County Ban on Lawn Pesticides in Maryland