The robot identifies the strongest plants and zaps the weaklings with jets of fertilizer so concentrated it’s deadly. 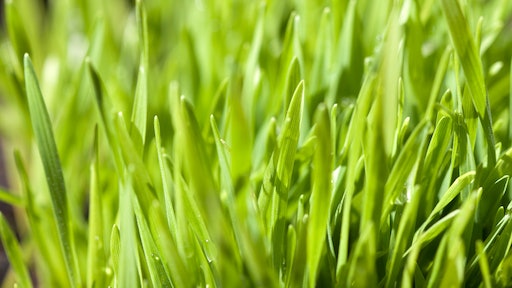 Jorge Heraud is in a California lettuce field and he’s about to lose his mind. It’s a balmy, cloudless day in October 2014. Salinas Valley stretches out around him like a Hidden Valley Ranch commercial, its endless rows of emerald leaves pushing up through the black soil. Heraud has come here to test Potato, a robot you might call the agricultural equivalent of an Apple 1 prototype circa 1976. The machine is trying to thin baby lettuce plants so the hardiest ones have space to mature. If you’re imagining a C-3PO-style bipedal contraption with pincer-like hands that do the yanking, Potato isn’t that. It looks like a huge metal Pez dispenser laid sideways on a rack hitched to the back of a tractor. The robot sees the seedlings via cameras mounted on the rack. In milliseconds, it identifies the strongest plants and zaps the weaklings with jets of fertilizer so concentrated it’s deadly.

Or that’s what Heraud’s machine is supposed to do, but right now it’s on the fritz. Robots like controlled environments, and Potato’s delicate equipment isn’t responding well to the heat, dust and vibrations from the tractor. Electrical components are short-circuiting, nozzles are failing and dirt is gumming up the cooling fans. About every half-hour, all day long, the monitors on the PCs that guide Potato freeze into blue screens of death.

Heraud’s agony deepens as the failures mount. For months, his team has been testing beta versions of Potato—each with a salad-themed moniker—Caesar, Cobb, Chicken, Wedge, Jell-O. All are first-generation renderings of a product officially named LettuceBot, which Heraud already began leasing to farmers—prematurely, apparently.

In two days, he has to face his investors at a board meeting. They plowed $13 million into his startup and they want to hear he has a reliable product. LettuceBot isn’t even what the Peruvian-born engineer originally pitched to his investors. He envisioned a robotic weeder that could perform far more complex tasks and radically reduce herbicide use. Such a machine would disrupt a $28 billion industry dominated by agrochemical companies, including Syngenta, Bayer, BASF, DowDuPont and Monsanto, while also salvaging soil microbiome, saving countless aquatic and amphibious species, and restoring purity to the world’s waterways. He named the company Blue River Technology with these goals in mind.

Are You Ready for Robotic Lawn Mowers?

A local lawn care manager said the announcement of a possible fertilizer ban has already hurt his landscaping business.
September 13, 2018
Follow Us