The True Meaning of Labor Day

Labor Day was created to honor the American worker, but sometimes it seems the meaning and purpose of the holiday has been forgotten 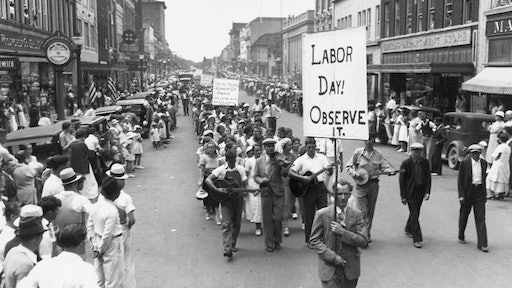 Labor Day is coming up on Monday September 2. That means a holiday that most of us get off work and usually spend it barbecuing with family and friends, maybe  sitting around doing nothing or even out shopping taking advantage of sales. However you choose to spend the holiday is, of course, your decision. Whatever it is you are doing on this upcoming September 2, take some time to remember to original purpose behind the Labor Day holiday.

According to the U.S. Department of Labor website, Labor Day is a creation of the labor movement and "is dedicated to the social and economic achievements of American workers. It constitutes a yearly national tribute to the contributions workers have made to the strength, prosperity and well-being of our country."

The first governmental recognition of Labor Day came through municipal ordinances passed during 1885 and 1886. The first state bill to become a law was passed in Oregon on February 21, 1887. More states followed including Colorado, Massachusetts, New Jersey, New York, Connecticut, Nebraska and Pennsylvania. By 1894, 23 additional states had adopted the holiday. Finally, on June 28, 1894, Congress passed an act making the first Monday in September a legal holiday in honor of workers.

The original founder of Labor Day is still up for debate. Some believe it was Peter J. McGuire, general secretary of the Brotherhood of Carpenters and Joiners and cofounder of the American Federation of Labor, who first suggested the holiday. Others believe Matthew Maguire, a machinist, founded the holiday.

It wasn't just the date that was specified for the holiday. The first proposal of the holiday outlines that a street parade should be held to exhibit to the public "the strength and esprit de corps of the trade and labor organizations" of the community. Following the parade should be a festival for the "recreation and amusement" of workers and their families. Speeches by prominent figures were introduced later as part of the holiday observance.

Some Labor Day observances and traditions still stick closely to those first outlined more than 130 years ago. Many have changed. Some have drifted from the original spirit of honoring the American worker.

Sure, giving your workers a day off is a nice way to say thanks and acknowledge the hard work they put in every day. But this Labor Day, way not go the extra mile and tell your workers how vital they are to not only your business but the community and the country as a whole. Talk to them face to face, shake their hands, give them a personal thank you card, make a speech to your entire workforce, give a meaningful gift to your workers and their families, etc. Find that little extra touch that reminds us all why Labor Day exists.

Of course, the entire American workforce can't have vacation on Monday September 2 or the country would shut down! So whether you and your crews are still working, or you need to run to the grocery store for another bag of buns, or you go anywhere else where someone is working make sure to say a proper thank you and honor their dedication to keeping the country and the economy going.

Remember, Labor Day isn't just another day off — it's a deeply rooted historical holiday honoring the American Worker and everything he or she has done to make our lives what they are today.

Thank you to all the construction workers out there working hard to build our structures, fix our problems and make our lives livable. Happy Labor Day!

This summer we’re offering our award-winning gps tracking system with no up-front cost, starting at just $8.75 /month on a 12-month contract. Find out more.
July 31, 2020

Demand for the company’s software is increasing as landscape contractors look for tools that can help them manage and grow their businesses despite volatility caused by the pandemic
SingleOps
July 14, 2020
Irrigation