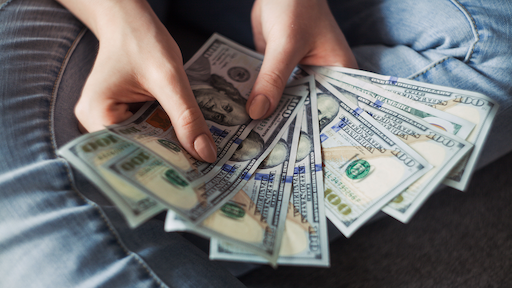 The Coronavirus Aid, Relief, and Economic Security (CARES) Act is a $2.2 trillion stimulus and benefits package passed by Congress to assist small businesses facing uncertain times due to the COVID-19 pandemic.

Greg Herring, founder and CEO of The Herring Group, a consultant company, addressed the role of the CARES Act for small business owners, specifically landscapers, during a recent webinar hosted by the Aspire Software Company.

His primary focus was to provide an overview on the Paycheck Protection Program, a federal relief program established by Congress and implemented by the U.S. Treasury Department and the Small Business Administration (SBA) with rules, requirements, protocols, and processes that all participating banks must follow.

He also reviewed a couple of other components of the bill.

“There are some other elements of that act that are relevant, but I can hit them just at a very high level because they're fairly simple,” Herring said.

First, for any small business owner that has an existing Small Business Administration loan, the SBA is going to pay principal and interest payments for six months.

Herring said the second provision small business owners need to be aware of is the ability to tap into up to $100,000 in their retirement plans to use and could repay over three years with no penalty or income tax. Failure to repay leads to no penalty but the ordinary income tax will be applied to the amount withdrawn from the retirement plan. That provision remains viable through Dec. 31.

Through the CARES Act, small business owners can apply for an SBA long for 10.8 weeks of payroll. The significance of the loan is that based on a certain calculation, the loan can be forgiven.

“Essentially, you're having an eight-week time after you receive the funds to track your expenditures incurred and paid,” Herring said, noting that would include payroll, rent, utilities and interest.

If payroll was flat, looking back at the base period, which is used to calculate the loan amount and looking at the eight week period, then you're going to get most of that loan forgiven, assuming that you have at least 2.8 weeks of payroll.

“Certainly, the goal is 100% forgiveness, but even 50% forgiveness is a fabulous deal right now,” Herring said.

In order to get 100 percent forgiveness, you need to have:

“This is computed at the individual level so if I work for you and I was paid, $100,000, and now you're paying me $70,000 then I'm going to have more than a 25% reduction,” Herring said.  “You don't want to reduce my wages.” Herring said he had a client that had done some wage reductions and was encouraged to restore them prior to getting the loan.

“Simply put, if your payroll costs go up and those numbers are greater than 2.8 weeks of payroll and you're going to be 100% forgiven,” he said.

To further clarify, Herring noted that the rent, utilities and interest debt must be in place prior to Feb. 15. Also, he said normally when debt is forgiven its taxable, however, in this case it will not be.

“If you only remember one thing, remember this one.: You may only use the loan proceeds to fund payroll costs, health care benefits, rent, interest and utilities,” he said.

If a business owner takes out a $1 million loan, the funds must be used on those items. “If that means you can't use it all in eight weeks., you have to use it after the eight weeks but on only on these items,” Herring said.

He stressed that for those planning to buy equipment or vehicles for cash, it needs to be very clear that the loan proceeds were not utilize for those purchases. “That's the way that you can really get messed up and have the government accuse you of fraud,” Herring added.

According to the CARES Act, it may be possible to delay, when the eight-week period starts by waiting to sign the loan documents.

“If your payroll was running behind last year, and let's say you're in Michigan and you're shut down but you think you're going to resume, you would want to have a discussion with your banker as to whether you can hold on to that paperwork and sign it when your payroll is going to be closer to what it was during that base period calculation that you used to apply for the loan,” Herring said.

Generally, he said it is important for contractors to be talking with their bankers and not miss out on the loan opportunity.

“Better to get the loan and have less optimal forgiveness than not to get the loan,” he said. “I think if you're all the way through that process, and it's just a matter of signing the paperwork there may be the opportunity to delay it.”

To provide example, Herring suggested a business that in 2019 had 100 full-time equivalent employees with a payroll of $400,000 per month.

Based on that scenario, gross forgiveness is approximately $775,000. However, Herring explained that because the number of FTEs went down from the base period to the current period, the forgiveness gets cut by 20 percent to $620,000.

“This is where some planning could facilitate you receiving more forgiveness,” Herring said.

If there is no other recourse but to lay people off, he said to participate in the PPP program, it needs to be done by April 26 and they need to be rehired by June 30.

“You won't necessarily have a cut in those FTEs, and you might not have that additional penalty so to speak for against your forgiveness,” Herring said.

A full version of Herring’s PowerPoint presentation that goes into greater detail on the loan process is available.

For additional information on the CARES Act, The Herring Group has an entire page of resources available related to COVID-19 issues.

How to Approach Finances While Dealing with COVID-19 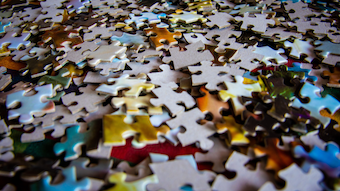 New Walker video series focuses on people who use Walker Mowers and those who show love and kindness in big and small ways
Walker Manufacturing Company
May 5, 2020

New and existing customers can get free months of service on Reveal Field and the new Reveal Field Plus.
Verizon Connect
May 1, 2020

Operations were suspended in early April amid the COVID-19 pandemic
Bobcat Company
April 21, 2020

[Podcast] Episode 19: Perspectives on the COVID-19 Impact on the Green Industry

Listen to SingleOps CEO Sean McCormick share how his customers are adjusting to COVID-19
April 16, 2020

How landscapers can support their customers during the pandemic
WorkWave
April 14, 2020

The Importance of Telling Your Story Online

How to write compelling stories on your website
Pam Haskell
April 13, 2020

GIP Taking the Pulse of the Landscaping Industry During COVID-19

Kevin Kehoe, president and founder of the Aspire Software Company, offers his forecast on the COVID-19 crisis
Ryan Whisner
April 3, 2020
Follow Us