Scott Lindley, NALP’s new vp of sales and marketing, says membership is the driver of everything the association does, so growing it is his first priority. 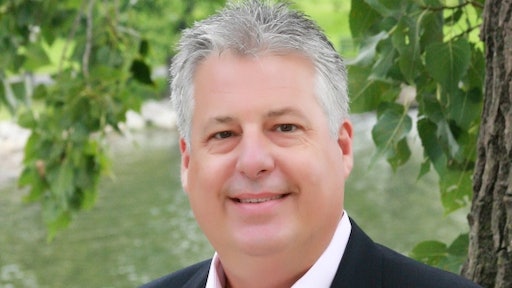 Scott Lindley, vice president of sales and marketing for the National Association of Landscape Professionals

Scott Lindley was recently named as the new vice president of sales and marketing for the National Association of Landscape Professionals (formerly PLANET). According to NALP CEO Sabeena Hickman, “We have aggressive growth goals at NALP and think Scott will play an important role in helping the association realize its potential.”

Lindley is new to the green industry but no stranger when it comes to associations. For instance, he’d served as president of The Lindley Group, a consulting firm specializing in meetings, marketing, sales and management services to the association community. “Most recently I’d done consulting work with many associations—specifically in the areas of sales and marketing, and membership and sponsorship growth,” Lindley says. “With its new branding (read story), NALP naturally has some aggressive growth goals.”

Lindley has been selected to expand NALP’s strategic approach to business development and create new platforms for revenue growth. “I’d picked up some ‘tricks of the trade’ in working with many other associations,” Lindley says. “Associations are doing things much differently than they did in the past. I’m hopefully going to take some of those skills and apply them here at NALP.”

New to the industry, but not unfamiliar. Lindley has actually known Hickman for many years. “I’ve worked with Sabeena for about the past 12 years as an advisor and consultant,” Lindley points out. “So I’d become familiar with NALP over the past five years or so. All of this really came together around the time of NALP’s rebranding. We both saw an opportunity for me to come on full-time and apply some of those principles I’d learned to jumpstart NALP’s growth.”

NALP’s “aggressive growth goals” relate to sponsorships, but primarily memberships. “The NALP Board has been very clear and supportive in pointing to membership as the driver for the association,” Lindley explains. “It’s the driver with respect to education, creating higher standards, and advocacy work. With more members and more support behind those programs, we can make more of a difference in the industry. The Board is really ahead of the curve, compared to many associations quite frankly, in identifying this.”

Compelling more contractors to join. One area NALP might have some catching up to do is in the way of messaging. “Perhaps in the past, the association has not articulated its value and what it brings to the table as well as it could,” Lindley says. “That’s one of the things I want to help them with. Every company in this industry is different and has different needs. And not every member of every association joins for the same reasons. Many associations roll out that laundry list of ‘35 reasons to join’. But in actuality, what I’ve found is that most members join for one or two specific reasons.

“So one of the first things I plan to do is find out what every new member, renewing member and prospective member values about their association and what they need out of their national association—and then articulate what we deliver in that area and give it to them,” Lindley continues. “Attracting new members to any trade association is more difficult these days. In the old days, people just automatically signed up; you just waited for the applications and checks to come in. That’s been a fundamental change in how non-profits and trade associations now work. You have to be much more proactive. You have to be out there telling your story and giving members what they need to help their businesses be more successful. We’re going to articulate that in a very clear and concise way, which will be the driver of our membership growth and then the driver of everything NALP does in the future.”

Speaking of the future, Lindley looks forward to learning more about the industry as he settles into his new job as NALP’s vice president of sales and marketing. Thus far, he likes what he sees. “You’re dealing with small business owners who work very, very hard and try to make a positive difference in people’s lives,” he says. “When you work for an association whose mission revolves around that very thing, that’s pretty cool I think.”