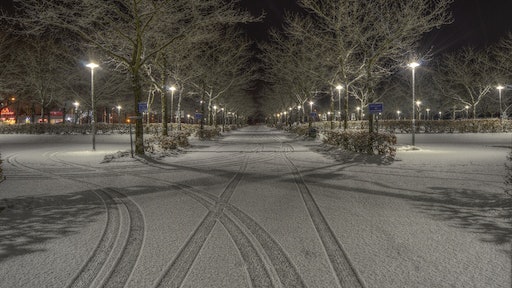 Commercial insurance is one of the largest expenses any snow removal business faces. Any way that you can find to save on this expense contributes to the long-term success of your business.

Accredited Snow Contractors Association Executive Director Kevin Gilbride recently shared information on some on the laws and best practices to ensure good insurance coverage and avoidance of lawsuits during a webinar sponsored by LMN Software.

“It's known the snow and ice management industry doesn’t do a whole lot to represent itself well to the outside world,” the ASCA executive director said, referring to insurance companies, legislative bodies, property owners or managers or customers. “In the past, there was no one real way to identify a quality snow and ice management company from somebody that had a 1970 pickup truck and a plow.”

In 2012, ASCA was founded on the four pillars of trying to fix the problem. Those pillars were: written industry standards; education; verification; and positive legislative change.

“We don't say it's insurance because it's really risk management,” Gilbride said. “It is really the way that you handle yourself as a business. It's the practices that you employ.”

Gilbride admits that when looking at it from the risk management perspective, the question arose as to whether the property managers really care about the quality of work being done.

“There's not a lot of differentiating between snow and ice management companies but who's fault is that,” the director said.

The issue is addressed in a variety of ways by ASCA, but it starts with the snow and ice management companies contracts, specifically the indemnification and hold harmless clauses.

For example, if the indemnification clause reads something to the effect of that the snow and ice management company will be responsible for any and all accidents, incidents and injuries on the property as relates to snow and ice, it is not very helpful if the scope of work with a clause like that and the contract reads that  the company will not commence plowing until there is two inches on the ground and the property owner will tell you when to salt. In that scenario the contractor is liable if there is one inch on the ground and they are not supposed to do their job.

“If you are not looking and reading at the indemnification clause in your contract before signing it, you could virtually put yourself out of business,” Gilbride says.

Insurance companies got out of the snow business because it was not profitable for them. From an insurance perspective, there are 30,000 plus slip and fall claims annually in the United States and Canada that are filed against snow and ice management companies and property owners and management companies.

Gilbride said 35 percent of those are outright dismissed and of the remaining 65 percent, 72 percent are are lost or settled for $20,000 or less.

“This is really where you have to look at it from a risk management standpoint … of the claims that are lost or settled most of the time, more than 50% of the time, the reason that they're lost or settled is due to lack of documentation,” he said. “It's why the insurance companies, lawyers recommend settling because you can't prove what you did on ABC property at 2 a.m. on whatever date.”

In order to improve, Gilbride said the industry had do what it meant to do and get better.

The first step was ASCA’s development of industry standards working with the American National Standards Institute (ANSI). There are thousands of standards for different industries registered and accredited by ANSI.

Gilbride said ASCA turned to ANSI because that is where plaintiff’s and defense attorneys turn when a claim is filed, such as a slip or fall. If they go to ANSI they can see if there is a standard for the industry and determine whether the company was following that standard.

“And if have you followed that standard, you're going to have a much better argument in depositions than in a courtroom when you're trying to defend yourself in a claim,” Gilbride said. “So the standards were developed by directors of operations and owners of what I would consider the top snow and ice management companies.”

He said perhaps a better way to define the industry standards is “best practices.”

“They're the best practices for snow and ice management companies across the country,” Gilbride said, noting that it is a living, breathing document that will change over time.  “Having that ANSI name behind it makes it credible and it gives you contractors, practices, processes and procedures to follow to have a more risk averse business.”

“What we did in the standards in many cases is we didn't tell you specifically what to do because every company is different,” Gilbride said. “We didn't tell you how to do it, we just said you had to do these things.”

Among the key components is documentation of training and snow removal events. He pointed out that there are software companies, such as LMN, that have products to assist snow and ice management companies collect such data.

“It helps you gather the information that you need in your company to protect yourself in the event that a lawsuit does come about couple years down the line,” he said.

ASCA members receive a copy of the standards at no charge upon joining.

“The first stage of risk management is having the proper processes and procedures in place to run a successful and efficient and risk averse company and to document what you've done so that you know what went on when you get called to a deposition years down the line,” Gilbride said.

In dealing with the insurance world, the next step was education to develop an educational component and certification process to prove to the insurance carriers that the snow and ice management companies were reading the standards. ASCA has a series of online courses to become ASCA certified.

“All of those things that are going to help you as a company owner run a more efficient and risk averse business,” Gilbride said.

ASCA worked extensively with the International Organization for Standards Organization (ISO) and Mills Insurance Group to develop the ASCA-C educational program and ISO9001/SN9001 certification. To date, these are the only snow and ice management certifications recognized by the insurance industry.

Gilbride said ISO 9001 ensures that a company has the processes and procedures in place to ensure service quality.

Subsequently, the SN 9001 certification ensures that the industry standards have been implemented.

“It means they're going to want to take a peek at your training documentation,” the director said. “It's an independent third party that puts a stamp of approval on your company that you have all these things in place in order to run a better company.”

To date there are dozens of ANSI-certified auditors around the country. Gilbride noted that in the end it is a verification system that insurance carriers and customers can look at and recognize differences.

“When we looked at this and we looked at everything that we were doing today, ASCA kept these three quest questions in mind about what the plaintiff's attorney is going to say when he gets a lawsuit: Can I win it? Can I win it quickly? And how much can I get?” he said. “When you start looking at the stuff that we're putting in place with the ISO/ASCA certifications they're not going to be able to answer positively to all those questions and they're going to start filing less claims, which is going to be a good thing for this industry.”

Since ASCA has implemented its certification process, the number of lawsuits dismissed went from 35 percent to 70 percent. In addition, the average payouts were reduced from $15,000 to around $4,000.

“Talking about the first three pillars here, the industry standards, education and verification, those are about the snow and ice management industry doing a better job of representing itself to the outside world and giving you a better position with the insurance companies. It gives you a more marketable and selling position with the property owners and property management companies,” Gilbride said.

Since forming in 2012, ASCA legislative initiatives have been active at both the state and national level.

Being the voice of the snow and ice management industry is based on the standards.

“You can get things done, especially at the state level, all you have to do is use your voice,” Gilbride said. Prior to development of the industry standards by ASCA, the federal and state governments were not aware of the issues within the industry.

On the federal level, the effort is a drive to support passage of the Lawsuit Abuse Reduction Act, which passed the U.S. House of Representatives in 2015.

“Any of you that did snow and ice management in the 1980s don't remember slip and fall lawsuits because they didn't happen,” Gilbride said. “Back in 1993, Congress changed the Federal Rules of Civil Procedure.”

The director said that at the time, essentially only one word was changed in the law. Mandatory sanctions were changed to discretionary sanctions, opening the floodgates for frivolous lawsuits. Since forming, ASCA has been to Washington D.C. many times on behalf of the lawsuit abuse reduction act.

The proposed legislation would amend the Federal Rules of Civil Procedure and require judges to impose mandatory sanctions on attorneys, law firms, or parties who file frivolous lawsuit. It would replace existing legislation which allows judges' discretion to impose sanctions.

“We’re working up there to try and get that bill moved along,” Gilbride said, noting that the intention is to bring it back to the mandatory sanctions.

Recognizing that change can happen at all levels, ASCA also has turned its attention to the state legislatures.

Illinois enacted ASCA’s model legislation in 2016, a version of it was approved in Colorado in 2018 and Connecticut signed it into law in July 2019.

There are active efforts in Massachusetts, New York, New Jersey, Michigan, Wisconsin and Pennsylvania where the law is being reintroduced or introduced.

“None of this is possible without all the other work that we have done on the industry standards,” Gilbride said, noting that the education, the ISO certification and verification is all based on that.

He encourages contractors to become certified to improve their processes and procedures in their businesses and become more risk averse.

How to Complete Preseason Snow Site Inspections Like a Pro