Without an assured supply of salt, contractors are being forced to abandon contracts due to liability exposure. 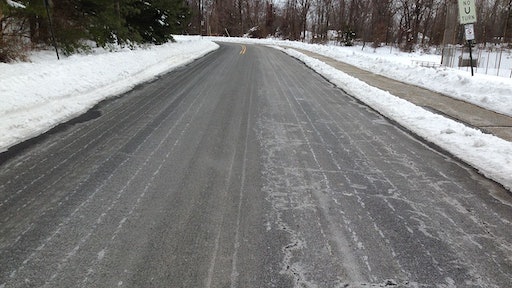 North America is facing a salt shortage before winter has even begun. How could this happen?

Three mines supply most of North America's road salt. The largest mine is located beneath Lake Michigan at Goderich, Ontario, Canada. Most of the rock salt is distributed throughout the Great Lakes by ship during the summer months. So why is rock salt in short supply?

Population and salt demands are growing exponentially. Our society expects safe communities without inconveniences and does not tolerate liability for unsafe conditions; hence the growing demand for rock salt exceeds annual production levels.

The winter of 2017/18 was particularly tough, including an ice event in April, consuming all available salt and depleting reserves. There is normally 30 percent held in reserve from one year to the next.

Compass Minerals operates the world's largest salt mine at Goderich, marketed under the Sifto brand. The Compass mine experienced a labor strike this year, diminishing production.

Another major mine, operated by Cargill, experienced flooding in its shafts, with possible long-term implications.

The Canadian Salt Company mine is trying to pick up the contractual obligations of the first two.

Most provinces, states, regions and municipalities have ordered 10 to 20 percent more salt, based on last year's experience. Governments and those who maintain infrastructure (airports, roads, etc.) are given first priority with supplies. This leaves small users, such as private contractors, out in the cold. Many have received limited or no salt notices. Without an assured supply of salt, contractors are being forced to abandon contracts due to liability exposure.

Efforts are being made to bring salt from around the world but type, quality and logistics means that, even at substantially higher prices, the gap may not be filled. The shortage may be an ongoing social issue with no firm answer. However, snow and ice management professionals associated with Landscape Ontario are working together to promote optimum safety for all.

Learn How to Prevent Salt Damage to Landscape Plants

Don’t Be Left out in the Cold … Especially without Salt

Planning for Safety in Response to Rock Salt Shortage

Expanding offering of HELIXX delivery system to light-duty trucks and UTVS
SnowEx
May 1, 2020

Unique design hopper that features a triple threat of spread, pre-wet and spray with one machine
SnowEx
May 1, 2020

All facilities will close to protect health and safety of employees due to COVID-19
Douglas Dynamics
March 19, 2020

Put Your Offseason to Work