Landscapers Face Competitive Pressures All Over the Place

Guest blogger Jeff Rosenblatt makes his debut at greenindustrypros.com, talking about how London-area landscape contractors are confronting many of the same competitive challenges that U.S. contractors have been facing for years. 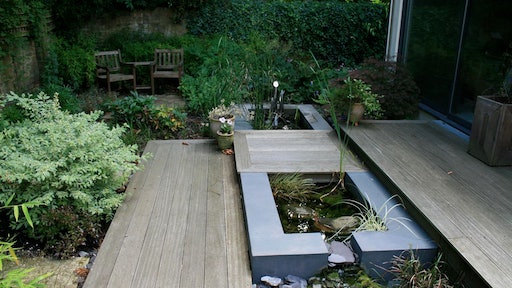 I have been landscaping in the greater London area for about 23 years. I build gardens for several designers, all of which have been for private homes. As you know, renovating a garden is a luxury as opposed to a necessity. In the current economic climate, many people are holding back on committing to garden rebuilds. Therefore there is more competition for fewer projects.

I am fortunate that the designers I build for are very good and provide a steady flow of quality work. In most cases they recommend me to their clients, and most of the time I am not in a bidding situation.

Immigration is totally open between member countries of the European Union. The industry here (London) is under pressure from immigrant Polish trades people who are willing to work for much less. In most cases they are general contractors who try their hands at landscaping, usually doing, at best, a mediocre job.

Sound somewhat familiar, U.S. contractors? Read The Battle Rages On for tips on how to overcome a price war.

There are also an increasing number of English builders who are branching out and securing the landscaping contract on a project where they are renovating a house. In most cases, the results from these guys are a disaster. The clients, to their dismay, eventually discover that if you pay peanuts you usually get monkeys.

I have been called in several times to deconstruct and rebuild gardens done by general contractors. Some of the work is shocking. In one garden the contractor had used interior multi-finish plaster to render block work walls. It fell off about 12 months later. In another garden, the limestone slabs for a fairly large patio were laid upside down.

What kind of horror stories can you share with respect to shoddy work you had to come in and fix up?

Place your bid before October 27 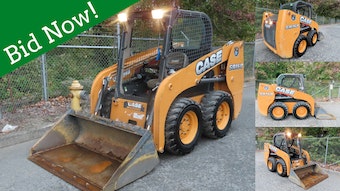 Add this skid steer to your fleet

This 2016 Case SR160 Skid Steer Wheel Loader with Aux Hyd Joystick Controls is now up for bid. Place your bid before it’s too late; the auction closes October 27.
October 22, 2020
Latest

Lawn care software developer launches a new digital hub for its clients to continue to innovate and automate their sales
Lawnbot
October 6, 2020
Excavation

Place your bid before October 27