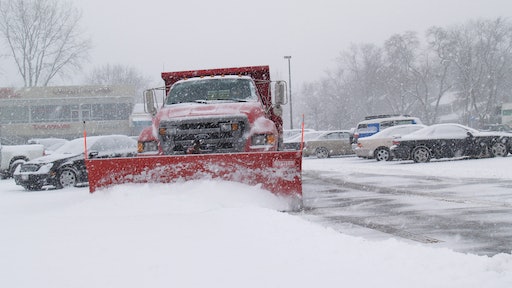 Snow and ice management companies continue to seek solutions for an assortment of problems that arise from an ongoing labor shortage.

A panel of industry leaders discussed how companies can meet client expectations despite the labor shortage during a session at the 2019 Accredited Snow Contractors Association (ASCA) Snow Show in Pittsburgh in July.

Each represent contractors that have anywhere from 100 to 350 employees during a given snow event. All agreed that, despite the clear labor shortage, clients are not typically sympathetic to the issue.

“The knowledge of the risks that they're exposed to has heightened the awareness of the importance of the snow and ice removal,” Schill said. “They still tend to want to press pricing as low as possible, but I think that's  changed considerably. I think they are a much savvier buyer too, because they're exposed to a lot more information with the internet.”

Scott and Voories also acknowledge that clients are better educated as they have access to the same industry information that the contractors have.

“Our goal is to educate them, it's to make them understand what it is that we're going to provide to them,” he said, noting that as time has gone on and more slip and fall lawsuits are filed, the higher the expectations of crews on sites.

Voories believes expectations are up because contractors are better at providing services and the clients know it. “We sell them on all the cool stuff we're doing now and sell them on all the fancy equipment we have,” he said. “We can do all sorts of things, and we sell this to them as how awesome we are.”

That selling point is among the number one issues for contractors as they have less labor and are not able to always offer the same services as before.

“It's our number one issue,” Kujawa said. He noted that KEI has more subcontractors in the field than full-time employees. “We're limited obviously by what we can do. It's always been a challenge for me with my brother arguing, ‘Don't sell that; we can't deliver it,’ and, ‘Do we want to get the calls with an upset client or get the call from someone else's upset client.’”

It is the ultimate challenge for contractors to figure out the latest and greatest thing to attract new employees. The ultimate challenge for snow and ice management contractors is to continue to attract new employees and keep providing the same services to all their clients.Scott suggested the current method is to be on Facebook and Instagram and other social media sites to attract new hires.

“Those are the things now that you ramp up, to try and attract people and showcase to them that you are in those areas,” Scott said.

Within the last few years both Schill and Voories have hired full-time recruiters and developed more clear human resource departments. Each stated that the hiring and recruiting process is a daily activity.

“We've got people that are constantly looking for labor every single day, not only for our green business but for the white business,” Schill said.

The entire panel appeared to agree that the process was a challenge that they try and stay ahead of.

Kujawa said for KEI, the number one recruiting tool is internal referrals.

“It's getting our employees who like it here to get their friends to come work with them,” he said. “We often find that one guy comes from another company, he likes it and all of a sudden a whole bunch of people start applying from that company.”

Scott acknowledges the benefits of technology in circumventing the need for labor. He uses a weather service, for example, that allows him to better plan out what the operation is going to be for a given snow event. 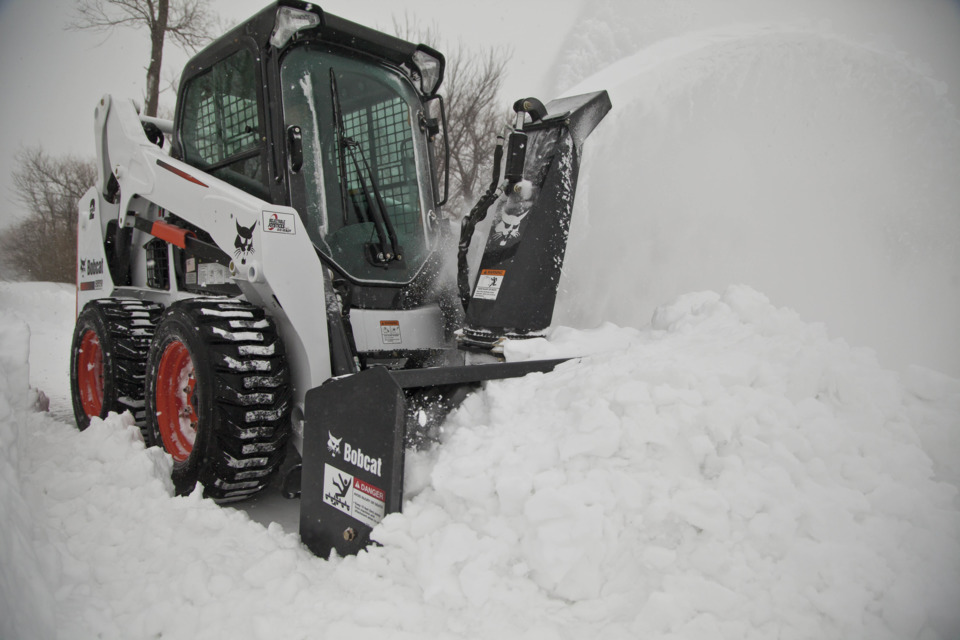 Whether it be a machine with an enclosed cab or simple comforts such as hats, jackets or gloves, it is important to keep crews comfortable while doing their job in the colder conditions.Similarly, he said equipment can also play a role. Within Detroit, he has multiple crews operating on side-by-sides, ATVs or utility vehicles to clear sidewalks going site-to-site. Work that was once completed by a crew of 12 or more people has been reduced and is finished faster.

Voories and Schill also stated that technology or mechanizing services was an ongoing benefit to counter the labor issues. Each indicated that they have implemented equipment to provide better service with less people.

“We're always tinkering with and exploring new technology,” Schill said. “Anything that can streamline a process or any process that we could mechanize and reduce labor or improve operator comfort so folks can work longer or we can do a certain projects with less labor.”

He said his company never stops experimenting with new ideas.

Scott reiterated that the most important part is retaining the employees you already have.

“It's so much harder to replace the guy that knows how to operate the plow truck or the loader or the side by side or any of those things,” he said. “That's incredibly difficult to do, especially midwinter.”

Whether it be a machine with an enclosed cab or simple comforts such as hats, jackets or gloves, Scott pointed out that it is important to keep everyone comfortable while doing the job.

“Everyone's having the same problem with finding people. It's what you're going to do with the technology, not only in the field prior to the event, but getting yourself set up, making sure everybody on your team is really trained, knows what they're doing and has everything they can possibly do to make their job easier,” he said.

On top of equipment and technology, with labor being in short supply, he does not deny that prices for services are going up. Schill stressed that it is important to have the conversation with clients about the labor situation and the ability to provide those services.

“Clients jokingly act like they don't really care that you're short staffed, but the reality is it's an issue and it's an issue that they have to contend with as much as we do,” Schill said. “I think having meaningful conversations and productive conversations about the cause and effect of what's going on in the labor market is super important right now.”

The labor shortage has not led the panelists to alter scheduling other than determining what types of sites they are working on.

Outside of technology, Kujawa suggested that it is not only important to address comfort during the event, but the overall employee morale throughout the season. He said cook-outs, breakfasts and other incentives at the shop can keep them coming in and keep them going throughout a season.

“It’s easy to get distracted by spending a ton of your resources and assets on recruiting instead of working on your staff,” Schill said. One of the things he tries to sell to new employees is longevity.

“We’re really talking about our culture and the internal things that makes us tick,” he said. “We're not a snow company that does landscape maintenance or a maintenance company that does snow. It's the balance of those two services that we provide to our clients, and we've figured out ways to expand the growing season, if you will, and work longer into the winter instead of trying to flatten out some of the ebbs and flows or the spikes during the summer work.”

Through the course of any given season, Schill said an effort is made to not lay employees off because the cost of labor acquisition and revenue lost from not having the person is not worth it. 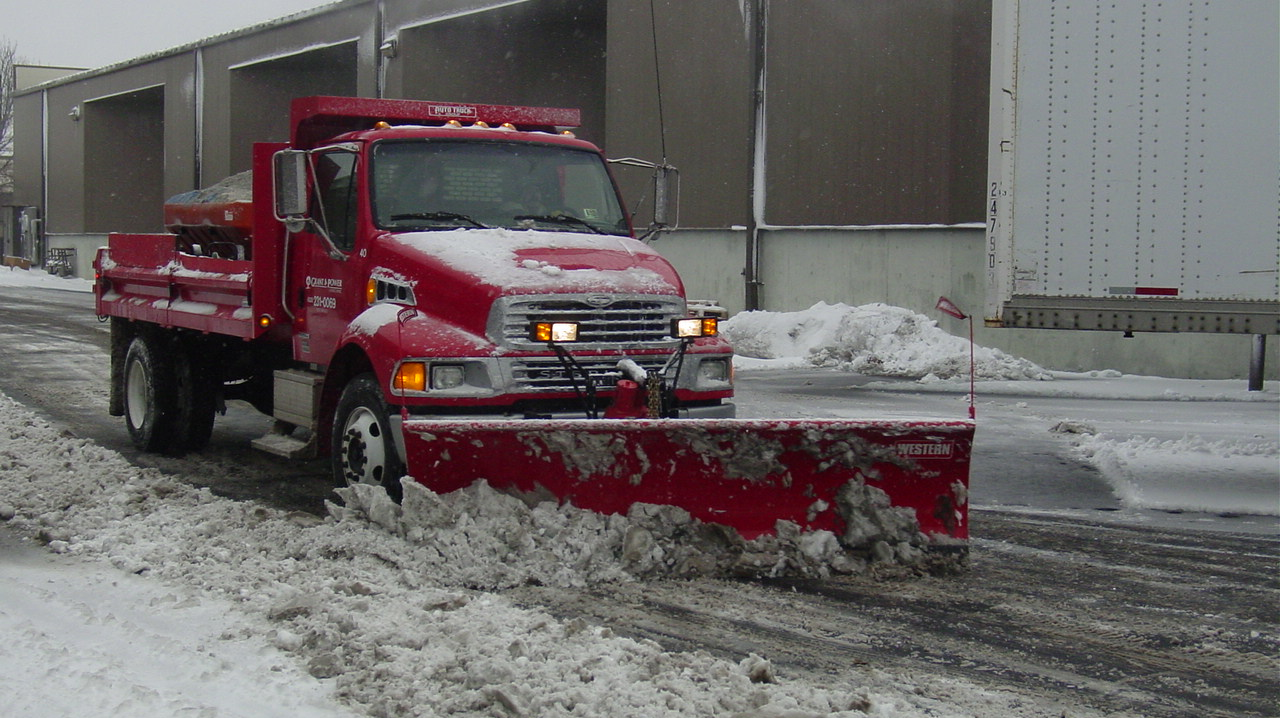 Snow and ice contractors are focusing on hiring employees that will stay year-round because the cost of labor acquisition and revenue lost from not having the person is not worth it.Conversely, Kujawa will lay off employees as they’re also a four-season company. In Wisconsin, if the employees are put on temporary lay-off, they are able to collect unemployment and don’t have to seek other work.

“We're trying to really focus on year-round career minded people,” Voories added. “That's not to say we don't have a percentage of our workforce that gets laid off or who is inactive between snow events in the wintertime. We give preference when we're hiring to people who want to come on board and work year-round.”

Continuing, he said they have started offering healthcare and other benefits that previously were unheard of among the green industry and snow companies. The challenge remains in keeping a larger staff busy throughout the year.

Voories noted that temp agencies are not a viable solution either.

“It's not just hiring enough people and taking care of them to make sure that they're reducing turnover,” he said, noting that it is also about hiring the right people. “Your staffing nightmare gets further compounded and it gets more stressful for everyone when you bring in guys who should not be part of the team because you're trying to fill the seats,” he said. “Then you’re delaying with finding a permanent solution for that position, or you keep making smart hires and making smart terminations when necessary.”

Introducing an easy to use platform to help professionals manage their fleet
STIHL Inc.
August 5, 2020
Follow Us