Thoughts On My 15th Louisville Tradeshow

2012 has proven to be the year of unpredictability, and an especially upbeat GIE+EXPO is the icing on the cake. 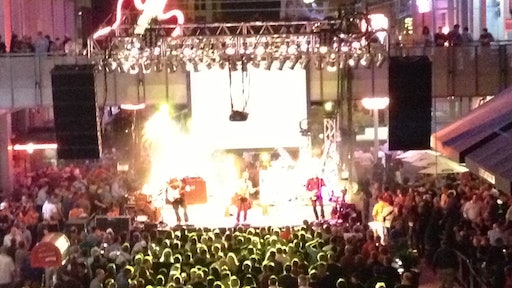 As my teammates and I pulled back into our home base of Fort Atkinson, WI, late on the evening of October 26, something dawned on me: This was my 15th trek to Louisville, KY, for our industry's annual tradeshow (now called GIE+EXPO). Ouch, 15 years. That's one more year than Max Cady spent unjustifiably imprisoned, and those of us who've seen the movie "Cape Fear" know how he turned out.

In any event, I've been going to Louisville for a while, and I can honestly say that I only recall a couple of other years where I sensed this year's level of excitement. Maybe it was the gorgeous weather, or the fact that the presidential election was just a few weeks away. But after a topsy turvy year of weird weather and economic strain, I attribute the heightened sense of optimism to the following: We've made it this far, and it's only going to get better from here.

That's why registration for PLANET's Green Industry Conference, educational workshops for landscape contractors, was at its best level since before the recession. That's why dealer attendance, bolstered by the first-ever Dealer Day, was at its best level in years. Our partner Bob Clements had severe overflow at his dealer training workshop (watch the video). No doubt, dealers and landscape contractors were hungry for information to help improve and grow their businesses.

Are you in the 20% that now have an advantage?

However, I'm still disappointed by something. As strong as turnout was, it's still true that only one in five dealers and contractors attended GIE+EXPO 2012. Maybe it's unfair to expect more than 20% of an industry to attend a national show year after year. But it is fair to say that those dealers and contractors who do attend definitely have an advantage over those who don't. That is very true about GIE+EXPO 2012.

Business conditions are expected to improve next year (2013), but industry growth is still only expected to be 3-4%. So growth for companies like yours will largely come down to stealing market share again. Those who attended GIE+EXPO 2012 likely picked up a trick or two to help them do just that. Think about that next fall when you're deciding if you should make the trek to Louisville yourself.

Learn From Your Peers at GIE+EXPO

The Truth About Dealer Attendance at GIE+EXPO