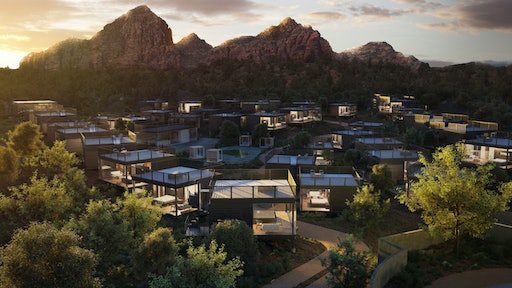 SEDONA, AZ — We know Sedona has some of the most spectacular views in the state.

And next year, tourists and staycationers will have another way to take in those views when Ambiente, described as a "landscape hotel," opens along State Route 89A in Sedona. It is believed to be the first hotel of its kind in North America, according to a news release announcing the project.

The term "landscape hotel" appears to be a relatively new term for the industry, one used sparingly over the last few years, at least according to a recent Google search. Generally, it is "a type of accommodation designed to blend in with the surrounding environment and built with a deep respect for the land around it using sustainable and innovative practices," according to Ambiente's release.