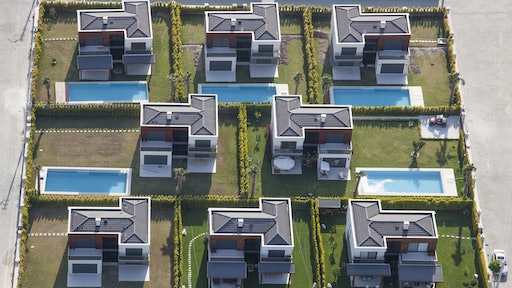 If Americans want to reduce their environmental footprints, one of the first steps may be reexamining what’s in their backyards. The lawn-industrial complex, and our country’s obsession over manicured carpets of green, has birthed a turf grass behemoth according to https://www.curbed.com.

Lawns cover roughly 2 percent of the land area in the continental United States, or three times the area of the nation’s second largest irrigated crop, corn. Even in cities, lawns are by far the largest contributor to overall green space. A recent boom in exurban development on the fringes of metro areas suggests that this mass of grass will only increase.

For the most part, the vast monoculture of perfectly mowed front yards, the biggest stretch of the American landscape under the control of average citizens, isn’t going anywhere soon. But slowly, and in relatively small ways, that’s starting to change.

They’re a perfect metaphor for so much about American culture and our relationship to the environment in an age of climate change. Beginning in the ‘50s, the spread of sprawl and suburbia led U.S. homeowners, and the corporations that profited from the sale of seeds, chemicals, and tools, to create a homegrown spin on the French concept of tapis vert, or “green carpet.” A decade ago, a study found that of the 116 million American households, only about 25 percent didn’t take care of some form of yard or lawn. Landscaping alone is nearly a $100 billion annual industry.

Environmental values are starting to become part of the equation.

Sparked by the recent droughts in states such as California, the idea of the lawn as a space for preservation and responsible stewardship has taken root out West, fueling nationwide trends towards native plantings, drought-tolerant landscaping, and even raising more crops as a path to reducing emissions.

Building quality customer relationships includes prioritizing the relationship with your customer over the sale.
James Little
October 9, 2018
Follow Us