30-plus individuals are suing or plan to sue Monsanto, the maker of Roundup which contains the active ingredient glyphosate. 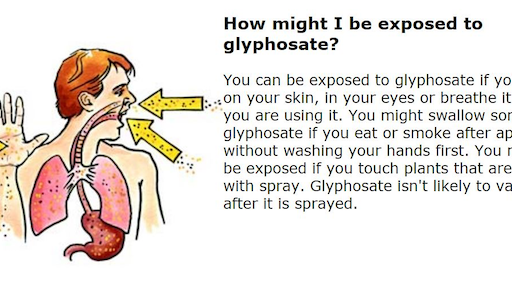 As reported by CBS News, a cancer survivor is now fighting a battle against the product she says made her sick, the weed killer Roundup.

The woman, along with more than 30 others, are suing or plan on suing Monsanto, the maker of Roundup.

Monsanto has moved to dismiss the lawsuit.

Roundup’s main active ingredient is glyphosate. The lawyers base their cancer claims on a 2015 report from the International Agency for Research on cancer - or IARC - a division of the World Health Organization. It found glyphosate to be "probably carcinogenic." The report says glyphosate caused cancer in lab tests on animals and found that the chemical damaged DNA in human cells.

But Dr. Donna Farmer, who has studied the chemical at Monsanto for more than 20 years, strongly disagrees with IARC's findings.

"I can tell you glyphosate is safe. The data that they look at, they cherry pick it and then they interpret the studies completely different than research who actually did it," Farmer said.

Farmer said glyphosate targets a certain enzyme in plants that's not found in humans or animals. She said comprehensive long-term studies by both Monsanto and independent researchers show the chemical does not cause cancer.

The EPA is currently reviewing glyphosate as part of its ongoing, regularly occurring review process.

Foamstream is safe to use around people, animals, delicate environments and water
Gigi Wood
October 30, 2019

The group has undertaken a campaign to get 15 municipalities to stop using glyphosate-based herbicides on town properties.
January 18, 2019

Marvin Wendler alleges he suffers from Parkinson's disease due to exposure to paraquat, a chemical used in herbicide.
January 11, 2019

Winter Is for More than Just Sledding

She hopes all 15 Cape Cod towns won’t use the herbicide Roundup or other products containing glyphosate.
December 18, 2018

University of Tennessee researchers are participating in a $3.2 million study to combat weed in managed turf systems.
October 19, 2018

There will not be warning labels on the company’s Roundup or Ranger Pro weed-killing products any time soon.
August 21, 2018

The lawsuit is seeking to determine whether the active ingredient in Roundup is to blame for a man's cancer.
June 28, 2018
Follow Us