University of Tennessee researchers are participating in a $3.2 million study to combat weed in managed turf systems.

University of Tennessee Institute of Agriculture 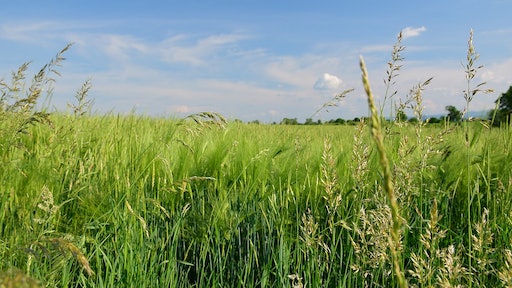 Annual bluegrass is one of the most common weeds of turf grass on golf courses, sports fields and sod farms, not to mention residential and commercial lawns. Unfortunately, this nemesis of pristine landscapes also developed resistance to many common herbicides. Researchers with the University of Tennessee Institute of Agriculture (UTIA) are participating in a national effort to address what many landscape managers call an epidemic of herbicide resistance in annual bluegrass plaguing managed turf systems.

As part of a $3.2 million, 15-state USDA Specialty Crop Research Initiative grant, UTIA turf grass researcher Jim Brosnan is going to lead a team of Tennessee weed scientists in sampling annual bluegrass populations across the state. The team is going to travel the state's three grand divisions to take samples from golf courses, sports fields, both residential and commercial lawns, as well as sod production farms. The sampled specimens are then going to be propagated in a controlled laboratory setting and tested for resistance to commonly used herbicides. The goal is to quantify the scope of herbicide resistance in annual bluegrass populations across Tennessee.

"This is a landmark study bringing together weed scientists from across the United States to address the important issue of herbicide resistance in annual bluegrass. It is exciting for UTIA to be involved in an effort that will provide such comprehensive and valuable information to turf grass managers," said Brosnan.

In Tennessee, turf grass is big business, contributing $5.8 billion to the state's economy in 2013, the latest year for which measurements are available. In a survey of Tennessee turf grass industry managers conducted by UTIA researchers, including Brosnan, nearly all of the state's golf, sports field, lawn care and sod production professionals indicated that weed control was an important and problematic issue influencing the profitability of their businesses. Nationally, the turf industry is valued to exceed $62 billion, but that figure dates to the mid-2000s in an industry that is notoriously difficult to quantify. Weeds, however, are everybody's problem.

Brosnan says the UTIA efforts are going to amount to $425,000 in funds from the National Institute of Food and Agriculture (NIFA) over the course of the next four years. The overall grant—$3.2 million spread across 15 different land-grant universities—is being coordinated by Muthukumar Bagavathiannan, a weed scientist at Texas A&M University.

The UTIA studies should result in optimized annual bluegrass management plans that integrate both cultural and chemical techniques to mitigate herbicide resistance in Tennessee and beyond. "We will also be involved in extension and outreach activities to communicate findings to turf grass managers across the United States," said Brosnan.