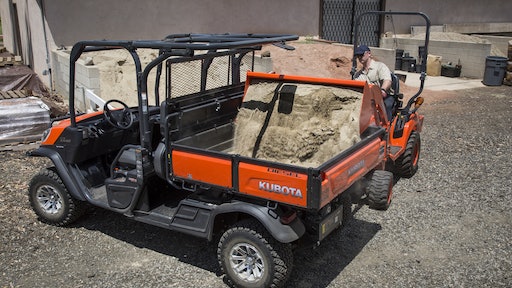 One year remains of what some consider the most regulation-happy administration in recent memory. Nonetheless, a handful of regulations poised to have a significant impact on the green industry are in play this year—and potentially well beyond. We talked to four leading industry advocates to get their take on the key issues they are actively tracking in 2016:

"Many employers in all aspects of the horticulture industry are complaining about the worsening labor situation," says Craig Regelbrugge, senior vice president of industry advocacy and research for AmericanHort. "With immigration reform remaining elusive and little chance of legislative progress on this or other major issues during the 2016 election year, the H-2B temporary and seasonal worker visa program has taken on more and more importance."

The green industry received some welcomed news the week before Christmas. An omnibus spending bill, which goes through September 30, was passed by Congress and signed by President Obama. The bill includes several favorable provisions to the H-2B program:

"These temporary provisions will expire on September 30, but AmericanHort will continue to fight in Washington for long-term relief," Regelbrugge assures. "However, the politics around this issue are not amenable to further progress during the 2016 presidential election year. Expansion and improvement of legal programs like H-2B should be a no-brainer, but it is opposed by an odd alliance of extremes: anti-immigrant groups on the far right and organized labor on the far left. All of this means that employers and organizations in our industry must continue to educate and make the case."

Two bills have been introduced in Congress that would provide more permanent reform to the H-2B program: the Save Our Small and Seasonal Businesses Act of 2015 in the Senate (S. 2225) and the Strengthen Employment and Seasonal Opportunities Now (SEASON) Act in the House (H.R. 3918). However, as of early January, neither bill was anywhere close to becoming actual law.

Regardless, the omnibus provisions do provide some temporary relief. Opponents of the H-2B program are not pleased. The landscaping industry must be prepared to defend itself if it would like to see something more permanent come to fruition.

"This remains our biggest issue," says Missy Henriksen, vice president of public affairs at the National Association of Landscape Professionals (NALP). "Because we've been so visible, we've been getting beat up a bit in the press. Also, the voices in opposition have been making attacks on members of Congress who are in support of H-2B reform."

On that note, NALP has urged its members to thank the members of Congress who supported the omnibus provisions. A more aggressive public relations campaign is also in order. It will be developed over the next few months.

"We're trying to put some economics to the issue and dispel some myths," Henriksen explains. "We need the American public to understand the value that H-2B workers bring to our businesses. Also, H-2B workers help support existing American jobs."

The H-2B program isn't the only example of labor-related strain placed on green industry small business. "This past year, we saw a series of hostile policy decisions by the National Labor Relations Board," Regelbrugge says. "During 2016, new Labor Department changes to federal overtime laws are likely to take effect. The biggest change will be a huge increase in the minimum salary threshold for employees under the so-called 'white collar exemption' from overtime."

The proposed rule change would make white-collar workers making less than roughly $50,440 per year eligible for overtime pay. The current rule sets the threshold at $23,600.

Safety is always an area of utmost concern for green industry small business owners. It's also a focal point of regulators.

"This year we'll be seeing continued focus on portable generators and utility vehicles by the Consumer Product Safety Commission (CPSC)," says Kris Kiser, president and CEO of the Outdoor Power Equipment Institute (OPEI). "Our industry has done excellent work where UTVs are concerned, so we may be able to go the route of voluntary compliance. Some UTVs are looking really muscular, almost like trucks. At some point they are going to get a hard look from regulators. The CPSC is already saying today's UTVs are faster and represent a rapidly growing product segment. That will naturally lead to enhanced regulatory visibility."

With respect to portable generators, Kiser says the CPSC is looking to drive the carbon monoxide standard. "The problem is that when you drive down the carbon monoxide, you change the emissions profile of other pollutants, HC and NOx," Kiser explains. "So it's interesting: The CPSC wants one thing, but the EPA wants another. That's the challenge."

Hispanics Find Their Strong Voice in the Landscaping Industry