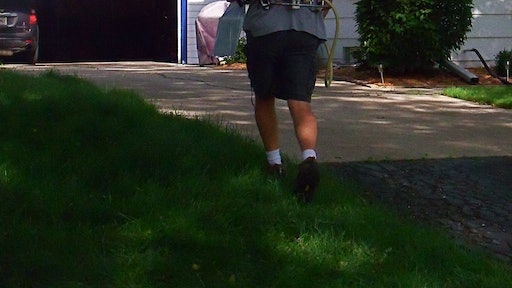 New small engine emissions regulations are in the early developmental stage. It's happening in California (CARB)—and history suggests that whatever CARB comes up with will eventually be adopted by the EPA on a national level.

"The process of developing the new standards is just beginning," says Kris Kiser, president and CEO of the Outdoor Power Equipment Institute (OPEI). "CARB starts talking with industry to discuss what it's thinking about. CARB conducts surveys to collect data on power equipment usage. Industry will then examine that data. We might say the data doesn't look right and ask for a new survey. CARB often tells industry to do another survey if it wants one. Regardless, CARB will eventually begin meeting formally with industry to chart where it wants to go with the regulations. The manufacturers must work closely with CARB because nobody wants to chase something that isn't doable."

Kiser adds that the initial research phase will likely take a few months to a few years. The actual regulatory implementation period will then take several more years. "Our people are already meeting on it. Our engine and fuels committee is taking the lead," Kiser points out.

Also on the topic of engines, the EPA announced late last year that it would begin requiring a significant increase in the ethanol fuel supply this year. "What this announcement means is that the ethanol issue is just not going away," Kiser says. OPEI is concerned about the proliferation of E15 (15% ethanol) in the marketplace because it can do great damage to small engines. OPEI continues to lead a public awareness campaign about the dangers of using E15 in small engine-powered equipment.

Big news was made last fall in Maryland when Montgomery County passed a bill outlawing the use of pesticides on lawns. "We're waiting to see if major cities (in Montgomery County) opt-in, and also if it spreads to neighboring counties," says Missy Henriksen, vice president of public affairs for the National Association of Landscape Professionals (NALP). "Our people are talking to local officials in those areas to see if they are influenced at all by Montgomery County."

The underlying issue in Montgomery County, Henriksen points out, is the fact that Maryland does not have pre-emption. In other words, a local entity (i.e. county) can act on its own because there is no statewide law to follow. So NALP is concerned about this type of thing happening elsewhere in the country—especially in states that do not have pre-emption.

"In Minnesota, House Bill 221 aims to reverse pre-emption and give rights back to local governments," Henriksen says. "This type of thing can be difficult to deal with, but it's a bit easier at the state level because you can mobilize people on a broader scale and also bring in a lobbyist. At a more local level, you tend to see this 'well it's not my county' mentality so you don't get the grassroots engagement you need. People need to understand that this type of action can spread quickly—so you have to be engaged."

Also on the pesticides front, bee and pollinator health has become another high-profile environmental issue—one which Craig Regelbrugge says has lurched to center stage and presents both challenges and opportunities for the green industry.

"On the challenges side, we may lose important pest control tools, or see added restrictions," says Regelbrugge, senior vice president of industry advocacy and research for AmericanHort. "While most of the attention has been on the neonicotinoid insecticides, EPA is seeking additional data on pollinator impacts for 76 active ingredients. The list includes mostly insecticides, but also fungicides and herbicides. The neonics, for their part, have become the most widely used insecticides in the world because they are effective and generally have lower risk profiles from an environmental and worker protection perspective than many alternatives.

"The best science to date has not found the neonics guilty, despite what the activists are saying," Regelbrugge continues. "Pesticides—and especially pesticide misuse—are certainly a factor threatening pollinator health, but one of several, and not the largest. Secondly, we need options for dealing with international invasive pest threats, and managing against the development of pesticide resistance."

Through the Grow Wise, Bee Smart initiative, AmericanHort, the Horticultural Research Institute and other collaborators have funded critical research looking into residues of systemic insecticides in plant pollen and nectar under real-world conditions. The research also seeks to better understand which plants are pollinator-attractive and nutritious, and which aren't.

Additionally, as one of eight conservation and trade groups that launched the Million Pollinator Garden Challenge, AmericanHort encourages every garden retail and landscape business to help consumers plant something for pollinators. "The goal is to have one million gardens or habitats of any size established and registered on the Pollinator Partnership’s SHARE map site (pollinator.org) by the end of 2016," Regelbrugge says. "Annuals, perennials, trees and shrubs that offer nutritious support for bees and pollinators are part of the solution, and one that we can all embrace."

One more pesticides-related issue is the EPA's new set of standards for applicators. "The EPA is proposing stronger standards for people applying restricted-use pesticides (RUPs)," Henriksen says. "It's in the early stages and won't be put into effect for several years, more than likely. But EPA is in the process of collecting feedback and analyzing data to draft its final regulation. So we have to get the grassroots going again."

Finally, fertilizers continue to face scrutiny across the country as various state and local governments pass restricted-use laws or even all-out bans.

The Chesapeake Bay is an estuary connected to New York, Pennsylvania, Delaware, Maryland, Virginia, West Virginia and Washington D.C. Henriksen says Pennsylvania is the one outlier that has yet to pass anything in the way of fertilizer restrictions. That said, the EPA has given Pennsylvania a poor grade when it comes to protecting the Chesapeake Bay watershed, perhaps putting additional pressure on state legislators to do more going forward. "So we're always keeping an eye on Pennsylvania and what they're looking to do," Henriksen says.