Corn on the Job

As E15 becomes more prevalent in the marketplace, more stations are also responding to consumer demand for ethanol-free fuel. 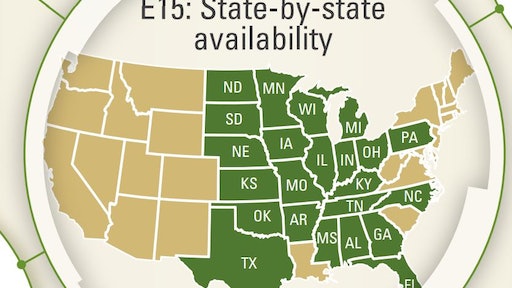 Fuel known as E10 (10% ethanol) has been around for a while. It creates some problems for small engines, but has proven to be relatively manageable with the addition of ethanol fuel stabilizers. On the other hand, the Outdoor Power Equipment Institute (OPEI) says fuels containing more than 10% ethanol could severely damage small engines. Visit opei.org/ethanolwarning for more information as to how and why.

The OPEI has been issuing a series of warnings over the past few years as E15, fuel containing 15% ethanol, has begun making its way into the marketplace. According to the Renewable Fuels Association (RFA), E15 is now being sold in 23 states, which includes most states east of the Rockies. OPEI's Look Before You Pump campaign will be put to the test as more consumers start to stumble upon E15 at the pump.

I'm likely to be one of those consumers. Up here in my home base of Wisconsin, which ranks in the top 10 states for ethanol production, I caught my first pro-E15 commercial on a local television station. It's coming. Actually, it's been here for a while. It's just about to become more prevalent.

You know what else I've noticed, though? The Kwik Trip gas station in my hometown now has a few pumps offering ethanol-free, pure gasoline. My father said he's noticed the same thing at his local gas station, and my father-in-law at his. Wisconsin now has a long list of more than 800 stations offering pure gas. Furthermore, according to pure-gas.org, there are more than 10,000 stations across the U.S. and Canada that offer ethanol-free gasoline.

That's the free market of demand and supply at work. I like it. I'm all for reducing our dependence on foreign oil, helping local economies and even lowering emissions. But I also think it's important to give consumers the choice of purchasing what they want and need. In the case of small engines used to power things like lawnmowers, chainsaws and boats, what consumers want and need is ethanol-free fuel. I'll be a good American and put E10 in my 1998 Camry. I'll put E15 in my wife's 2007 Pontiac G6 (since E15 is generally OK to use in 2001 and newer model-year vehicles). But I want pure gasoline for my lawnmower.

Some legislators in New York State feel likewise. Back in April, a bill was introduced that would require filling stations located within marinas to sell ethanol-free fuel. The rationale? A boat often sits idle for weeks at a time, putting its engine at risk of ethanol-inflicted damage. The bill is now being considered by an environmental committee. If it ultimately passes, maybe the next step will be to require filling stations located within 100 feet of grass to also offer ethanol-free gasoline.

So What's the Problem with Ethanol?

The Husqvarna CEORA is capable of autonomously cutting grass areas of up to 50,000 square meters.
Husqvarna
December 1, 2020
Follow Us