New episodes of "Lucky Dog" will feature TurfMutt messages about how to create a quality, living landscape and outdoor space for the health and well-being of families and their pets. 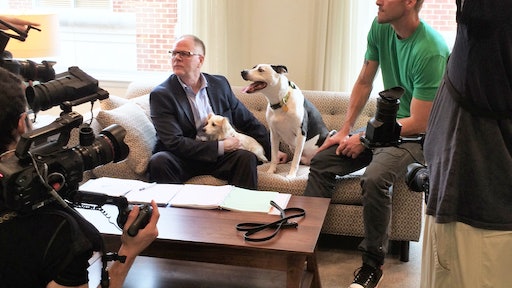 TurfMutt, the outdoor education and environmental stewardship program led by the Outdoor Power Equipment Institute’s (OPEI) Research and Education Foundation, signed an agreement for a second season with the Emmy-award winning, "Lucky Dog" television show on CBS and is expanding its relationship with global children’s media and education publisher, Scholastic.

The new episodes of Lucky Dog will feature TurfMutt messages for viewers about how to create a quality, living landscape and outdoor space for the health and well-being of families and their pets. In a recent Nielsen Harris poll, 67 percent of women and 54 percent of men said that they were interested in learning about how a yard provides a safe place for families to gather and for children and pets to play.

The Lucky Dog show airs on Saturday mornings as part of the ‘CBS Dream Team, It’s Epic’ block of programming and is produced by Litton Entertainment.

Kris Kiser, President and CEO of OPEI, the creative force behind TurfMutt, says, “This expansion is a natural outgrowth of the TurfMutt program and we know these expanded partnerships will help us reach even more people.”

“The national TurfMutt program has raised awareness about the importance of living landscapes and our yards to communities and families for the last seven years. The program has reached more than 62 million children, educators and families since 2009, showing them how they can “save the planet, one yard at a time.”

As part of the program’s outreach, each year TurfMutt awards grants to schools to use for “greening” up the school environment, contribute to an outdoor classroom or other environmental endeavor of the school’s choosing.

This year, students in California and Virginia brought home accolades for winning the TurfMutt “Be a Backyard Superhero” contest and each earned their school a $5,000 grant. Since 2010, the TurfMutt program has awarded $35,000 to schools.

This year, the program received its first-ever rap song entry by Ramani. Listen to the song being performed by Ramani and her classmates here on YouTube.

Other new program developments include an expanded www.TurfMutt.com site, a new digital storybook, and fresh educational activities for the 2016-2017 school year.

Kiser, an ardent supporter of animal rescue and adoption, adds, “Our pets are an important part of our lives, and who better to be an ambassador for the value of green spaces than a dog? Green spaces today are under attack -- from neglect and from a lack of awareness about the benefits they offer.”

Lucky is the real-life rescue dog behind the cartoonized superhero, TurfMutt, who is now “pawing it forward” by fighting environmental villains with the help of “The Outdoor Powers,” a band of cartoon superheroes.

TurfMutt program materials are free and aligned to Science, Technology, Engineering and Math (STEM) standards, and in 2017 TurfMutt will join the initial launch of the U.S. Green Building Council’s Learning Lab.

Lucky the TurfMutt and his personal, home habitat also will be featured in the 2017 Wildlife Habitat Council calendar.

TurfMutt’s focus on environmental stewardship and best practices for water use and landscape maintenance have been widely accepted among educators, youth and families. TurfMutt is an education resource at the U.S. Department of Education’s Green Ribbon Schools, the U.S. Department of Energy, the U.S. Environmental Protection Agency, Green Apple, the Center for Green Schools, the Outdoors Alliance for Kids, the National Energy Education Development (NEED) project, Climate Change Live, Petfinder and the U.S. Fish and Wildlife Service.

Leading the Defense of the Living Landscape