There goes another one 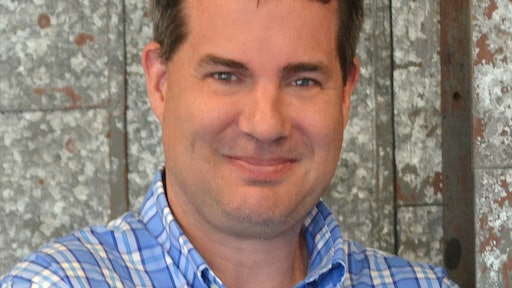 Since taking the reins of Green Industry Pros in late April, I’ve seen an increasing number of landscape professionals when I’m out around town.

Driving down the road my wife and I inevitably see a pickup truck pulling a trailer loaded with mowers, blowers, edgers and other equipment essential to the trade.

Rather than merely identifying them as being possible readers of Green Industry Pros, we have become more engaged in attempting to identify the equipment observed on the trailers.

Some of the standouts have been Kubota Tractor Corp., Exmark, Manufacturing, Walker Manufacturing, Toro, Echo, Stihl, Little Wonder and Greenworks Commercial. All of the above have recently come up in conversation as I’ve been busy meeting with my staff to make a selection on the Green Industry Pros 2019 Editor’s Choice Awards.

Chosen for several factors including innovation, dependability and audience engagement online at GreenIndustryPros.com, the award winners presented in this issue represent models that garner the most interest from end-users and landscape professionals alike.

It was a difficult decision to determine what products to select for awards due in part to my current newness to the industry.

Before being hired I’m quite certain I would not have known the difference between any of those companies’ equipment or what some of the equipment even does. Now, even my wife knows there are differences between Walker and Cub Cadet yellow as we continue to seemingly see the landscapers all the time.

It is similar to those instances when you purchase a new car and suddenly you seem to notice more of that particular model of car everywhere.

To the best of my knowledge, there has not been a sudden increase in landscapers in Wisconsin. With that in mind, I decided to do some research on the phenomenon.

Per a quick Google search, mental health professionals refer to the concept as the Baader-Meinhof phenomenon or more commonly, the frequency illusion. It occurs when a word, name or other thing (landscapers in my case) that has recently come to one's attention suddenly seems to appear with improbable frequency shortly afterwards.

Our brains apparently are driven to identify patterns in the chaos that is our daily lives. To establish a pattern, our brain will tell us that new car (or in my case landscape professionals) are suddenly everywhere, even though those things were always there before we noticed.

The name “Baader-Meinhof phenomenon” was reportedly coined on a discussion thread on the St. Paul Pioneer Press circa 1995. Participants were discussing the sensation, and decrying the lack of a term for it, so someone asserted naming rights and called it “Baader-Meinhof Phenomenon” presumably based on their own experience hearing the name of an ultra-left wing German terrorist group twice in 24 hours.

It's not easy being "green"