Why the Landscaping Industry Has an Image Problem

Focus on the real issues with respect to professionalism 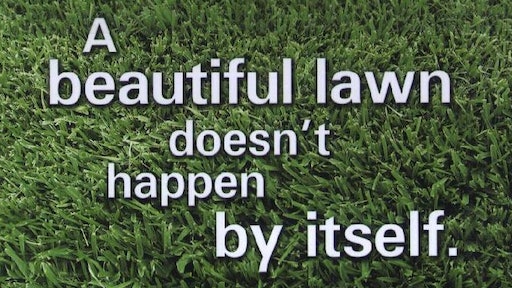 Landscapers are busy people, so we don’t hear from our readers as often as we might like. If I’m ever dying for some reader interaction, though, all I have to do is publish a photo of a worker that’s not wearing a uniform.

There is a segment of our readership that is adamant about the donning of uniforms. Uniformed crews, they say, help elevate the level of professionalism in the Green Industry. That helps bolster public opinion about the industry. And that helps landscape contractors charge more for their services.

That is nonsense. First of all, the industry is a lot more “professional” than it was when I started covering it in 1997. However, many contractors are charging no more today than they did back then! Secondly, my folks just had to call the Roto-Rooter guy to address some tree root infiltration in the sewer line. This guy had torn jeans and a filthy T-shirt, a Kevin Harvick ball cap, and a four-day beard. However, he was prompt and courteous, and completed his service flawlessly. He proceeded to charge my folks $144 for the hour he was there. You know what? He was worth every penny.

The real causes of an image problem. Our readers who take exception to non-uniformed employees have every right to. They are very passionate about this business—and that is honorable. Everybody wants an even playing field where all contractors are insured and certified, employ legal workers, drive clean trucks, operate commercial-grade equipment, look like professionals, perform the work like professionals, and charge a fair market price for that work. Regretfully, that day has yet to arrive. And unfortunately, the reasons why go way beyond something as simple as “not wearing a uniform.”

Below is my list of top six factors that prevent this industry from realizing its true potential:

Who decides what “professionalism” is? OK, now let’s get back to personal appearance, since that is often the bone of contention by some. As a contractor and business owner, you’ve put your livelihood on the line and invested tens if not hundreds of thousands of dollars of your own money in trucks and equipment. That said, whose right is it to tell you what you have to wear to work in order to refer to yourself as a professional? At the same time, thousands of other contractors have taken similar risks and made similar investments, and they’re pretty adamant that uniformed crews are essential to projecting a more professional image of this industry. It’s not fair to them when a segment of the industry continues to harm that image.

So who decides what is and is not professional? Do regional and national associations that represent only a small percentage of all established landscape companies in the U.S. issue a decree? Does the biggest, baddest landscape company in a given market set the tone for that market? Conversely, is it the fly-by-night trunk slammer who shows up to mow in a Metallica tank-top? Should the government get involved?

Here’s an idea: The customer is the decider. If the customer doesn’t care if your crews have uniforms, then it really doesn’t matter, does it?

The Green Industry must focus on the things that really matter to consumers, along with those things that are truly holding the industry back. Then we can start making a case that might actually help move the needle a little bit.

Who Really Is Responsible for the Green Industry's Success?