Q&A with Fred Whyte, Stihl Inc.'s president of 23 who'll be retiring at the end of this year. 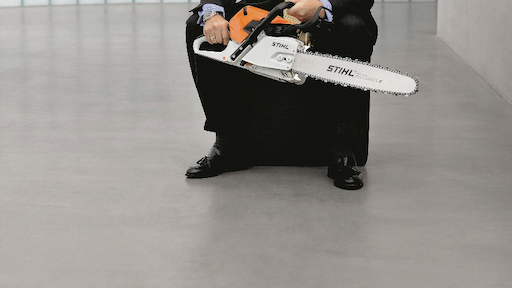 The U.S. president of Stihl Inc., Fred Whyte, announced in June that he would be retiring at the end of this year. Whyte has worked for the Stihl group for 44 years, 33 of which he was a president. Under Whyte’s leadership, the company experienced record growth and high ranking by the 2014/2015 NAEDA equipment dealer survey in manufacturer rating, especially in the areas of parts quality, product availability and overall satisfaction. Whyte shares some insights as to his Stihl career and what will come next after his retirement.

Q: What is the accomplishment that you are most proud of?

A: Looking back at my 23 years as president of Stihl Inc. and 10 years as president of the Canadian operation, that’s 33 years of heading both companies. We’d become the number one selling brand of handheld outdoor power equipment in both Canada and the U.S. So I think that certainly would rank at the top of my list.

Q: In 2000, were you worried when Stihl, under your leadership, made the decision to only sell to independent dealers?

A: It actually transcends the year 2000 because it goes back to Andreas Stihl, the founder of our company. Something that is documented in our cooperate annals is that Andreas Stihl said a chainsaw is only as good as the service that comes with it. So it really wasn’t my decision to only sell to servicing dealers. That is the culture of the company and a directive from our ownership.

I would have to say, not to be smug, but the fact that we have been written up in both "The Distribution Trap" and "The Customer Trap" (books), points out that we have been very successful selling through independent dealers. The big boxes can really compromise your margins, and we have avoided that.

Q: Have you always known you wanted to be in this business, or have there been times when you questioned your choice?

A: I grew up in this business. My father was involved and actually worked for Stihl for 20 years as well. But I was laughing earlier here. When I started and would told people I worked for Stihl, they’d ask, “Oh is that Bethlehem Steel or US Steel”, because the brand was very obscure. It certainly did not have the recognition it does today, so it was a bit daunting at times.

Q: Since you’ve been in the industry so long, have you seen it change from when you started and where you are now?

A: The markets have changed significantly, the products have changed, and our independent servicing dealers are more and more sophisticated than they used to be. Commercially, a lot of our best practices here at Stihl come from our dealers and listening to our customers. It’s not rocket science; if you pay attention to your customers and pay attention to detail, you can be very successful.

From a merchandising standpoint, something we strive for at Stihl is a universal appearance of our retailers across North America. Not unlike Mercedes, BMW or McDonald's—we wanted Stihl dealers to be instantly recognizable to the general public with a uniform look.

Q: What do you think is going to be the big trend over the next several years?

A: I think it's the changing demographic in terms of who the target customers are. I was just reading a very interesting article from Pew Research. They were pointing out that the number of millennials is set to surpass the number of boomers in 2015. Clearly the millennial generation uptakes information in a different fashion than the boomers do.

We're putting a lot more emphasis here, for example, on digital advertising as opposed to print in recent years. You’ve got to be very flexible and adapt to that change or you usually get left behind.

Q: Do you think that Stihl will continue to thrive as a brand once you turn the reins over to Bjoern Fischer at the end of the year?

A: I really think this company is on the cusp of some very significant breakthroughs. To be candid with you, I was very involved in identifying Mr. Fischer as my successor with the Stihl family. I’m a big fan of Bjoern, he’s a very smart individual. He understands our corporate culture, which is very important.

Q: Is retiring a little bit bittersweet for you?

A: Absolutely. I’ve worked for Stihl for 44 years, so it’s become a part of who I am. I will miss the people and the interaction with our customers. On the other hand, I probably won’t be going too far away. So there will likely be some involvement with me and the company as well in the future.

Fred Whyte to Remain Stihl’s Chairman of the Board