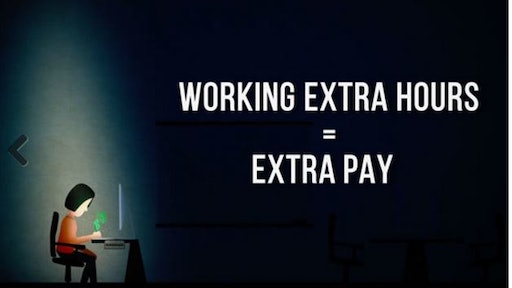 The Department of Labor is poised to institute a new rule starting in December that will require employers to provide overtime pay to salaried workers earning less than $47,476 per year.

We'd like to know how landscape companies are planning to react to this rule change. Let us know what you think by emailing editor@greenindustrypros.com.

BACKROUND ON THE NEW OVERTIME RULE

The Department of Labor (DOL) has finalized its new rule regarding overtime regulations. The Final Rule focuses primarily on updating the salary and compensation levels needed for Executive, Administrative and Professional workers to be exempt from overtime protections. The Final Rule is slated to go into effect December 1.

2.  Establishes a mechanism for automatically updating the salary and compensation level every three years. As pointed out in a webinar presented by the law firm Seyfarth Shaw LLP, a 7.7% increase will be in play for 2020, raising the threshold to $51,168. If that same rate holds into the future, the threshold would be raised to $55,108 in 2023 and $59,351 in 2026.

3.  The standard for "highly compensated employees" has been raised from $100,000 to $134,004. Even these highly paid folks can still be eligible for overtime pay when asked to perform overtime-eligible tasks such as running cash registers or stocking shelves. The DOL refers to this as a "standard duties test". It's subjective and somewhat complicated, because the federal government is involved. We'll just leave it at that for now because most landscapers and dealers do not have employees making this much money.

4.  Finally, the Final Rule amends the salary basis test to allow employers to use nondiscretionary bonuses and incentive payments (including commissions) to satisfy up to 10% of the new standard salary level. So for instance, if an employee makes a base salary of $40,000 and also earns $10,000 a year in bonuses and commissions, that employee is over the threshold and not eligible for overtime pay, provided they meet that standard-duties test.

This has been a pretty quick summary of the main points. You can download the behemoth 508-page Final Rule HERE if you're interested in reading all of the finer details.

What employers will do

Some employers might raise the salaries of at least some employees in order to bump them over the new $47,476 threshold, provided these employees meet the standard-duties test. A given employer will first have to run some numbers to see how much overtime, and at what cost, a given employee is working in a year in order to see what makes the most financial sense for the company.

On that note, some employers will simply bite the bullet and pay overtime when necessary. Again, they'll want to think about how often this will likely happen, and at what cost. If just a couple of employees work a few extra hours a week during a short busy spurt during the year, this route probably makes the most sense. But if employees are working long hours for an extended period of time, as could be the case in a seasonal industry like lawn and garden, the employer has some thinking to do. These new overtime payments could represent a meaningful addition to overhead.

Some employers will want to re-evaluate staff responsibilities, workloads and scheduling. The overarching goal is to prevent these salaried employees from ever working an overtime hour. The Final Rule does not stipulate that work schedules have to be predetermined and consistent. So employers will want to look at when and where their salaried employees are needed, and work with the employees to develop schedules accordingly. For instance, office personnel might need to stick around a little later during the early part of the week in order to help field incoming client calls to the office. But maybe they can knock off early on Friday after payroll has been completed.

Some employers might look to consolidate jobs. They'll ask a rock star employee to do a little more, but also pay them a little more in order to bump them over the threshold.

Some employers will bring in part-time hourly workers, perhaps at a lower pay scale, to help take some work off the plates of their salaried staff, helping to ensure that those salaried workers don't get behind on their duties and have to work overtime.

But that's assuming extra workers are easy to find, easy to hire and easy to assimilate into your company. All of that comes with a cost too.