Results of our presidential election poll 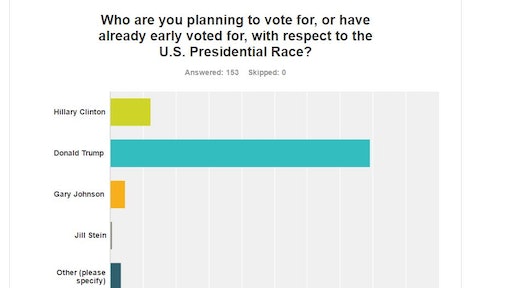 NOVEMBER 7 - The presidential election results are in. This poll is by no means scientific, but it does show how some Green Industry Pros readers are planning to vote on November 8.

It’s Donald Trump in a landslide.

OCTOBER 26 - Take our quick one-question poll to see how the Green Industry plans to vote in the November 8 presidential election.

You are allowed one anonymous response.