Taxes, immigration, energy, education, and the protection of American jobs and spending power. 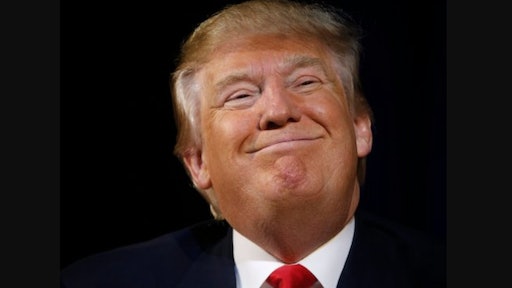 This year’s divisive presidential election has left half of the country elated, and the other half deflated. Many people are wondering: How will the Trump presidency affect my life and job? Let’s take a look at the proposed policies of Trump/Pence as they relate to the lawn care and landscaping industry.

What does our industry need?

First and foremost, let’s look at the factors that drive economic activity in our industry.

CONSUMER SPENDING. Demand for landscaping and lawn care services is fueled by consumer disposable income. The more money consumers have to spend, the better for our industry.

REGULATIONS. While everyone agrees that certain regulations are needed to protect the public, over-regulation that does not appeal to the greater good can have an adverse effect on small business. A limited, sensible regulatory environment is the desire of our industry.

PRO-BUSINESS FISCAL POLICY. Policies that encourage investment and reward business success and growth are the desire of the industry.

At the risk of not sounding impartial, we will now simply present the major policy positions of President-elect Trump as published on both his campaign website and now his transitional website, greatagain.gov. You can connect the dots to the above section as you see fit. And by all means, offer your thoughts and comments at the end of this article.

TAX POLICY. Trump wants to greatly simplify the tax code, streamlining the current seven income tax brackets down to three. All income-taxed Americans would see a reduction in their tax rate, which would be either 12%, 25% or 33%.

The investment income tax would be eliminated.

The capital gains tax would remain the same.

Death tax would be repealed. Furthermore, the threshold of taxable capital gains would be $10 million, which would leave most family farms and small businesses in the clear.

The business tax rate would be cut from 33% to 15%, encouraging companies to retain profits in the business to fuel future business activity and growth.

Note: Some tax policy analysts say that some lower-income families could actually see an increase in tax burden as a result of Trump’s tax policy proposals. That would depend on income, number of dependents, and other factors. Regardless, for purposes of this story, it’s irrelevant—because lower-income families (earning less than $50,000) are generally not considered as a significant market for lawn care and landscaping services.

TRADE. Trump vows to reassess all trade deals and renegotiate as necessary. The ultimate goals are to: 1) close the gap between imports and exports, and 2) protect American workers by discouraging the relocation of jobs to other countries. Some analysts say trade wars could ensue, resulting in a reduction in exported American goods and/or higher consumer prices on goods brought into this country from other places. It’s logical to conclude that any kind of retaliatory measure a trading partner might take would depend on what kind of trade surplus they were currently enjoying.

HEALTH CARE. Trump promises to work with Congress, which will be controlled by Republicans, to repeal and replace the Affordable Care Act (ACA), aka Obamacare. Trump’s primary goals are to: 1) make health savings accounts a core element of health care reform, 2) drive down prices by allowing for interstate competition among insurance companies, 3) return regulatory control to the states, and 4) re-establish high-risk pools as a more effective way to insure people with extensive medical needs. Health care reform is a complicated issue, so it remains to be seen what can actually be done, and on what kind of timetable.

REGULATIONS. Trump vows to require all federal departments to conduct internal audits to identify unnecessary, job-killing regulations. Also, a temporary moratorium will be placed on all new regulations not authorized by Congress. Two regulations thought by some to be the most oppressive, the Clean Water Rule and the Clean Power Plan, will be among those immediately eliminated.

FINANCIAL SERVICES. Trump vows to dismantle what is known as Dodd-Frank, a law that made historic changes to the financial regulatory environment. Trump wants to replace the law with more pro-growth financial policies. Opponents are concerned that any such regulatory rollbacks could lead to another financial crisis similar to what began to unravel in the fall of 2008.

ENERGY. Trump wants to make America energy-independent by making full use of all energy resources, including both traditional and renewable sources. He wants to greatly simplify the permit process for energy projects. At the same time, he says the goal of clean air, water and natural habits must be maintained. “America’s environmental agenda will be guided by true specialists in conservation, not those with radical political agendas,” Trump’s website says.

EDUCATION. Trump wants to eliminate Common Core and advance policies supporting education at the state and local level. He’s also an advocate of school choice. Trump also wants to support vocational programs and make sure the opportunity to attend a two- or four-year college, or to pursue a trade or skill set through vocational and technical education, will be easier to access and pay for. This would include vocations such as small engine repair, masonry and horticulture—all of which are experiencing skilled labor shortages.

IMMIGRATION. The focus is on public safety and protecting American workers. Trump says all criminal illegal immigrants will be immediately deported, as will visa overstays. Funding for sanctuary cities will be stopped. Catch and release will be stopped. A strong southern border wall will be built.

At that point in time, Trump said during an August policy speech in Phoenix, he will examine what needs to be done with the remaining, law-abiding illegal immigrants that remain. As his website states: “In several years, when we have accomplished all of our enforcement goals – and truly ended illegal immigration for good, including the construction of a great wall, and the establishment of our new lawful immigration system – then and only then will we be in a position to consider the appropriate disposition of those who remain. That discussion can only take place in an atmosphere in which illegal immigration is a memory of the past, allowing us to weigh the different options available based on the new circumstances at the time.”

Trump also says the U.S. must turn off the “jobs magnet” that draws illegal immigrants across our borders. While no specific mentions are made on his websites, in the past he has discussed the importance of mandatory e-verify, along with the H-2B seasonal guest worker visa program.