8 Reasons Why Landscape Workers Should Unionize

Having a difficult time finding trained workers? Maybe unionization is an answer both employees and employers could learn to live with – and maybe even love. 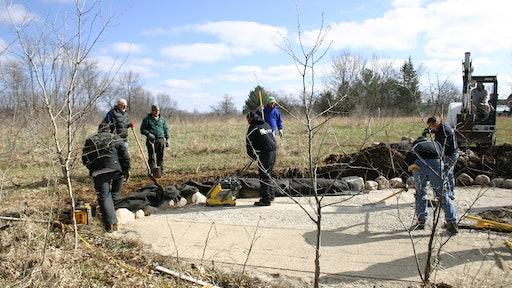 If you are in the contracting/service industry, you know how hard it is to attract, hire and keep employees. For whatever reason, there is a shortage of both skilled and unskilled labor. Business owners, on any given day, are faced with the realization that an employee may quit to earn 50 cents more from a competitor. The frustration, not to mention the economic and financial costs that business owners are faced with, has reached epidemic levels in parts of the country.

If you are fortunate enough to find help, you also quickly realize that they often lack training, want outrageous wages based on their experience, dictate the hours they want to work, and also have a lot to say about working conditions. Many do not have a driver’s license, and many get offended if you tell them they are required to take a drug test.

For men and women who plan on entering the job market as non-professionals—who see themselves more as blue-collar “workers” than as white-collar “careerists”—here are eight practical reasons why they should consider being represented by a labor union. I strongly suggest that business owners also review these—because you, too, might conclude that unionization may not be that bad of an idea.

Unionization automatically stabilizes wages, which means there is no more holding company owners hostage for pay increases every few months.

From the employee’s standpoint, union jobs generally pay more than non-union jobs. You want to be part of the American middle-class? Join a union. From top to bottom, industry to industry, region to region, union wages are going to be roughly 10-20% higher than non-union wages. (Unionplus.org actually puts the number at around 30%, while current Bureau of Labor Statistics data puts it at 25%).

That’s a big reason why many companies are adverse to the concept of a unionized workforce: They don’t want to pay one dime more than they have to. However, when a business owner calculates the costs associated with untrained workers, downtime, and unstable wages for a given contract period, they quickly realize that the increased payroll costs are quickly offset.

Anti-labor propaganda suggests that it’s a trade-off: The additional pay an employee receives will be eaten up by monthly union dues. That’s a lie. Depending on the industry, union dues average about $60 a month, which is $600-$720 a year. And $720 isn’t 15% of any union worker’s income, unless they happen to live in Guatemala and earn $4,800 a year, which is less than half the U.S. federal minimum wage. The argument is absurd.

Pensions, medical insurance, paid vacation, holidays, personal holidays, sick pay, overtime premiums, shift differential, etc. are generally better in a union shop. Plus, many of these goodies don’t even exist without a union contract. It’s another reason why many companies resist being unionized. But should it?

As a business owner, you would not have to be shopping health and benefit programs for your workers, and you would know in advance what the costs are. Also, smaller companies without HR departments would not need to assign employees to handle these issues within your company. You could offer benefits that you previously could not offer. You are now able to attract better employees.

Union facilities are generally safer than non-union. A union contract gives employees the immediate right to address an unsafe condition.

Anti-labor folks can talk all they like about OSHA being the “great equalizer,” but it’s not true. Even before it was ravaged by eight years of Bush administration neglect, OSHA was remote, understaffed and over-extended.

No matter what size company you run, safety is a major concern. Most business owners do not have the time nor financial resources to provide an adequate safety program, even when many of their clients demand this.

Union workers will typically encounter fewer moody and dictatorial middle managers. While employees can still (rightly) be fired for job performance, they don’t have to tiptoe around in fear of being harassed or terrorized.

Bosses can’t just walk up and fire an employee because they want to give the job to their wife’s nephew. Also, they cannot lay an employee off out of sequence, demote them arbitrarily, or prevent them from being promoted without sufficient cause. African-Americans and women didn’t get their shot at big-time manufacturing jobs until labor unions gave it to them, a fact that doesn’t receive enough recognition.

Union workers tend to be better workers than their non-union counterparts. Before you vehemently object, just take a moment to consider the dynamics.

Which job in a community is going to attract the higher-caliber worker: the one offering decent wages, good benefits and exemplary working conditions, or the one with low pay, lousy benefits and no air-conditioning?

Let’s be honest: Finding a trained individual is very difficult. Even when you have done your due diligence and check out a prospective employee, training and job knowledge can be very suspect.

Now imagine calling the union hall and requesting an individual to perform a certain task that arrives job-ready. This could be achieved for all aspects of our industry as well as all levels of employment.

Employees have the opportunity to become a shop steward and represent their fellow workers. Being chosen steward is no glorified popularity contest, unlike being elected class president or homecoming queen. Indeed, people on the floor are going to pick a person they deem best qualified to represent their interests. Furthermore, as a union official whose authority is recognized by federal labor law, a steward will forever be a footnote in the history of the American labor movement. How cool is that?

I know most of you reading this article feel that I may have lost my mind. Just hold on for a second. Think about how much money you have spent training employees. Think about the efficiency level of your crews. Think about the lost opportunities and the cost of downtime caused by employees who are not performing their jobs properly.

Most importantly, all contractors will be proposing work on a level playing field if the workforce is unionized. As contractors, we are basically selling labor. If all contractors are working with a very similar cost of labor, you would see tighter bids. You would then be forced to sell the job on quality, service, responsiveness, value and your reputation. Wouldn’t that be nice, for a change?

Gary S. Goldman has been a management consultant to the landscape and pavement industries since 1985. He travels throughout the United States consulting with landscape, tree service and irrigation contractors, pavement companies, related associations, manufacturers and vendors conducting one-on-one consultations, seminars and workshops. Gary is also a radio talk show host with emphasis on business and politics. He can be reached at 508-652-9771, gary@garysgoldman.com, or visit garysgoldman.com.

Pros and Cons of Labor Unions

It depends on whom you ask, naturally, but there are some generally accepted pros and cons to labor unions.

The National Labor Relations Board (NLRB), an independent federal agency that protects the rights of private sector employees, offers guidelines on how workers can go about forming a union.

Method 2 – The employer may voluntarily recognize a union based on evidence—typically signed union-authorization cards—that a majority of employees want it to represent them. Once a union has been certified or recognized, the employer is required to bargain over the terms and conditions of employment with the union representative. (Special rules apply in the construction industry.)

NLRB guidelines aside, some labor union advocates say that starting a union from scratch is a tough proposition. Some suggest contacting existing unions to see about getting representation in a certain employment field. Working America, the community affiliate of the AFL-CIO, for example, is designed to unite working people who don’t have a union on the job.

According to Pew research first published in January 2016, labor unions are viewed more positively today than five or six years ago, up from 32% to 45%.

Furthermore, today’s younger workers—millennials—are much more likely than their elders to view unions positively (57% compared to 42% of Gen-Xers and 41% of Baby Boomers).

According to data from the U.S. Bureau of Labor Statistics (BLS), the total union membership rate dipped 0.4% last year to 10.7%. It had remained relatively unchanged from 2014-15. The first year union membership data was available, 1983, the rate stood at 20.1%.

The lowest private sector unionization rate is in the finance industry (1.2%) followed by agriculture and related industries (1.3%) which have remained relatively flat.

Men have a slightly higher unionization rate than women: 11.2% compared to 10.2%.

PART 1: You Pay For What You Get