While some may demonize the practice of lawn mowing, it’s going to be around for a long time. 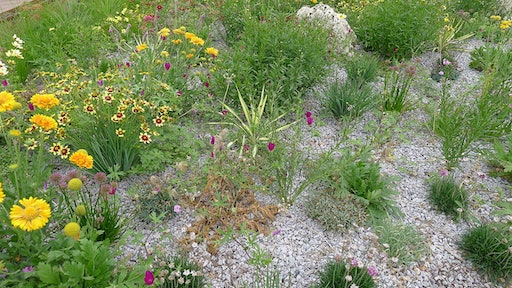 In order to mow a lawn, there must be grass to cut … but what if there wasn’t? Weird question, I know, but there seems to be a movement brewing around the green industry. I continue to come across more editorials with a barely concealed contempt for turf grass every week, some with calls to action that include completely eliminating it from lawns.

Consider an excerpt from a recent column entitled, “Lawns Are Stupid, Wasteful and Perfectly American,” from the Traverse City Record-Eagle in Michigan: “Yards became a fixture of middle-class life in the mid-20th century as the interstate freeway system prompted white flight from cities and suburbs festered across the land. They survive as reminders of the false promise of what we once called the American Dream, a mockery of environmental sustainability and economic justice. They represent the conquering and taming of natural spaces that would have been better off without us, microcosms of Manifest Destiny in all its hubris and barbarism.”

Or this excerpt from an article called “Use this Instead of Grass for your Lawn” at www.treehugger.com, “The more I learned about lawns, the more pointless they seemed. Lawns are a ton of work. You have to mow and weed them. (I could never figure out what people had against dandelions.) If you’re going to put that much care into plants, why not grow some you can actually eat?”

Then, as of mid-July, even the San Diego County Water Authority and the Los Angeles-based Metropolitan Water District were getting in on the anti-turf bandwagon, going so far as incentivizing homeowners for its removal. According to the Times of San Diego, “Residents in San Diego County who remove grass and meet other sustainability requirements are eligible for $1 per square foot from the Metropolitan Water District and an additional $1.75 per square foot from the local water authority.”

If a customer decides to remove his or her turf-grass lawn, then you’re likely out of an account. If this anti-turf sentiment continues to escalate, it could eventually affect your lawn maintenance profits. So what are customers are turning to in lieu of turf grass? Many of them are replacing turf with the following:

While some may demonize the practice of lawn mowing, it’s going to be around for a long time. But it never hurts to start planning for the future or how you’re going to field some green questions in the meantime. Maybe you even get a request to install a clover yard for a customer. You never know what tomorrow may bring.

The Voice of Your Customer

Is Xeriscaping for Your Customers? The Fundamentals of Low-Water Landscaping