While this year’s GIE+EXPO gave dealers exclusive access to the show floor, it should be expanded next year to offer more time and opportunities to attendees. 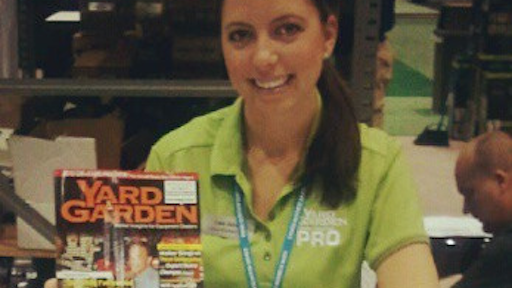 While old man Wartgow got to look back at his 15 years at GIE+EXPO, I have a mere six to reflect on. Still, it offers me a good view of how GIE+EXPO has performed since the recession, and how incorporating things like Hardscape North America and Dealer Day have helped attendance. There is a ways to go to get more dealers attending the show, but this year was certainly a step in the right direction.

Dealer Day (or as it should more appropriately be named, Dealer Night) offered dealers exclusive time with suppliers to talk out of the earshot of their customers. Many dealers took advantage of the opportunity, but would like even more time than allotted.

One dealer shared his thoughts with me after the show: "The Dealer Day was a very good idea other than it was not long enough. There were a number of dealers that showed up at 8 a.m. and were told they could not go onto the floor until 3 p.m. If this is going to be the standard, then the information sheet should note this prominently."

While the welcoming receptions treated dealers to cocktails and snacks, it distracted many suppliers from talking business. "The extracurricular activities started during dealer-manufacturer discussions and caused too much distraction. The Dealer Day should start earlier if there is going to be a party before it ends," he added. Dealer day did present a unique opportunity for dealers, and I hope its success is built upon and expanded for next year.

I have enjoyed the show greatly each year I have attended. It gives me a chance to talk face-to-face with many dealers and suppliers that I hear from over the phone and through email. At this year’s Dealer Resource Roundtable I had the opportunity to catch up with a dealer I had met there a year prior. I was happy to see that he not only attended the show both years, but also the roundtable discussions.

The icing on my tradeshow cake was running into Patty and Mark Williams, the Yard & Garden December issue dealer profile. I had spent weeks working with Patty over the phone on getting her story to share with our readers. At the time of the show, I had not seen a photo of Patty or Mark. While walking the show floor, I caught site of Patty’s dealer badge as she brushed past me on her way to hear one of Bob Clements’ packed–in dealer sessions. I called her name and we finally had a chance to talk face-to-face.

For me, the best part of the show is the energy and camaraderie. So much emotion and excitement is lost over electronic and paper communication. It’s always exciting to be at the show surrounded by like-minded individuals working toward the same goal of succeeding in the Green Industry. Running into some of the same people year after year reminds me that we are all in this together. It’s an experience I wish so many dealers weren’t missing out on.

That, and I think about the macaroni and cheese at the Hard Rock Café on Fourth Street all year long.