With no guarantee of permanent relief, employers should begin gearing up for early H-2B filing to get the required number of H-2B visas. 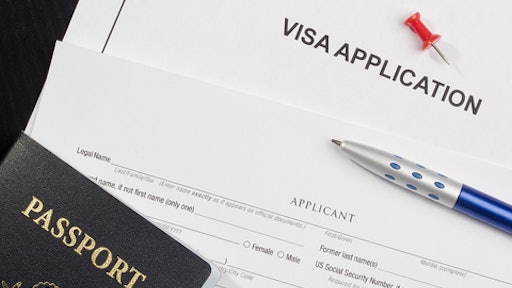 The H-2B visa program allows businesses in the United States to sponsor foreign nationals for a temporary visa to work in nonagricultural jobs. The H-2B program is popular among employers in the hospitality, tourism and landscaping industries to fill positions that would otherwise remain vacant due to U.S. labor shortages during times when employers are particularly busy. There is a congressionally mandated limit of 66,000 H-2B visas available each year. Historically, a legal provision known as the Returning Worker Exemption allowed foreign nationals counted towards the H-2B cap in the prior three years to apply for a visa again without being subject to the annual limitation.

In 2016, Congress refused to continue the Returning Worker Exemption. As a result, thousands of additional H-2B workers were counted against the cap and the H-2B limit was reached on March 16, 2017. After public outcry from businesses, many seasonal in nature, such as hotels and resorts, Congress gave the Department of Homeland Security (DHS) the authority to release more visas. On July 19, 2017, DHS published a final rule that increased the numerical cap for the 2017 fiscal year by 15,000 additional visas. However, only businesses that could attest to irreparable harm without the ability to employ all of their H-2B workers were eligible for the additional visas. DHS made clear in its press release that this is was a one-time cap increase, which will expire on September 30, 2017.

The increase gave some relief to businesses harmed by the expiration of the Returning Worker Exemption. There has also been a bi-partisan bill (The Small Business Assistant Act of 2017) introduced in the House of Representatives that would potentially make the Returning Worker Exemption permanent. There is no guarantee the bill will become law, however, given the political climate surrounding the U.S. immigration system and the current administration’s focus on protecting American workers. With no guarantee of permanent relief, employers should begin gearing up for early H-2B filing to ensure the best chance of getting the required number of H-2B visas. Employers may also consider other immigration strategies such as utilization of the J-1 intern program.

Landscapers ‘Scared for their Livelihoods’