Skepticism about the technology is quickly fading as more professionals experience the benefits of today’s electronic fuel injection engines. 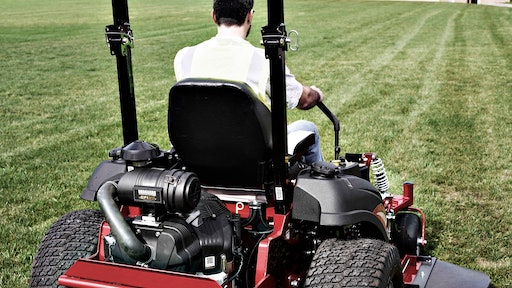 In the late 1970s, electronic fuel injection (EFI) and power windows were both high-end options in the automotive industry—available only on products that could justify the added cost. Like many high-end options, their price and reliability eventually reached a point where they became standard on most vehicles. By the late ‘90s, nearly every passenger vehicle in the world was powered by an EFI engine and power windows could be found on all but the lowest price-point models.

While EFI replaced carburetors as the standard for automobiles, it took off rather slowly for small engines due to the cost of the initial EFI systems and the lack of a proven track record. When something works adequately for decades, as carburetors did, talk of change is often met with skepticism. As cost-effective EFI enters the market, however, skepticism is quickly fading as more professionals experience the benefits of today’s EFI engines.

What Are the Benefits?

In recent years, the buzz of fuel savings as high as 25 percent with EFI caught people’s attention. By creating a nearly perfect air-fuel mixture, and adjusting the ratio based on load, throttle response and air intake, EFI optimizes fuel efficiency and power in ways a carburetor cannot match. And while fuel savings vary by industry, application and engine family, the 25 percent mark makes the reality of a return on investment (ROI) more tangible. On commercial turf, where engines run for hours on end at a relatively steady RPM, the opportunity to reap the benefits of these fuel savings becomes real fast.

Another enticing benefit of EFI engines is reliable choke-less starting. While seasoned operators may argue that starting equipment is not a significant problem, contractors tasked with training inexperienced employees may disagree. Difficulty starting machines, flooded engines and the downtime associated with both result in decreased productivity and profits.

For decades, carburetors served their purpose. They are inexpensive, they do not require a computer for diagnostics and, most importantly, every good mechanic is equipped with the tools and knowhow to service a carburetor. While this may sound like an argument against embracing the newer technology, carburetor repairs are the leading cause of downtime for small engines.

Additionally, most engine components, aside from the fuel system, remain unchanged between carbureted and EFI engines. Comparing apples to apples—similar horsepower models from the same engine family—the fuel filter is often the only difference as EFI engines require more advanced filter media and occasionally have a second filter to prevent any impurities from reaching the fuel injectors. This is necessary because EFI systems force fuel through a high-pressure injector that atomizes the liquid into a fine mist, creating a more volatile mixture while using a lower concentration of fuel.

Is Stale Fuel a Problem?

In addition to being mechanically similar to their carbureted counterparts, EFI engines are also more resistant to stale fuel. In EFI engines, fuel is exposed to far less oxygen, which helps prevent fuel degradation. EFI engines are more capable of burning degraded fuel, too. Their high-pressure injectors atomize the fuel into a mist to create an ideal blend that burns even when the fuel is highly degraded. In a carbureted engine, low-volatility fuel is less likely to burn and attempts to start the engine can result in flooding.

As a general rule, however, if equipment is going to sit longer than 30 days, treat the engine with a fuel stabilizer. Despite being more resistant to the adverse effects of stale fuel, it’s still best to stick with the 30-day rule. Unlike carburetors, which can be disassembled and cleaned, the main components of an EFI system need to be replaced if damaged. If properly treated, though, both EFI and carbureted engines can sit for extended periods of time without any issues.

What About Getting Knowledgeable Service?

As EFI gains traction in the small-engine market, it requires dealers and technicians capable of servicing the engines, and the need for specialized training is a common concern. To successfully address this, manufacturers developed EFI training programs to educate and equip dealers with the necessary resources.

Traditionally, hands-on experience works best for engine training, but is problematic with EFI engines for a number of reasons. Working on actual engines limits instructors since they cannot prompt the engine to generate specific trouble codes. Additionally, transporting and running engines limits where training can take place.

One manufacturer engineered a fully functional and responsive training board to mimic a live, fully operational EFI system. It responds as if it were attached to a live running engine without the transportation hassles of actual engines. With this program, instructors can input data to prompt real trouble codes, creating a fully operational system that’s easy to transport and can run indoors.

Some manufacturers also have dealer training requirements and certifications in place to ensure EFI engines are backed by the support and parts necessary to keep them up and running. As more dealers become trained to quickly diagnose and repair EFI engines, customers are going to have nothing to lose and a lot to gain in terms of efficiency and reliability. And as sales of equipment with EFI engines increase, it appears as though more contractors are willing to give EFI a chance.

Currently, EFI is more prevalent on commercial equipment. However, consumer EFI does exist and manufacturers are working to develop less expensive consumer options, as well as improve open-loop versions, to help EFI further expand beyond commercial markets. For instance, some consumer versions being developed feature fewer components to simplify the system as a whole, while offering comparable performance in a more cost-effective package.

Eventually, EFI—in one form or another—is going to find its way into nearly every product segment. But unlike the automotive industry, the carburetor is probably never going to disappear entirely from outdoor power equipment. Instead, it is going to likely be relegated to equipment with a lower price point, and eventually—similar to hand-crank windows—carbureted engines are going to be the exception, not the standard. ›

Is the fuel injection a diesel engine's most sensitive system?