Nine in 10 poll respondents considered it important to have options at the pump that include ethanol blends. 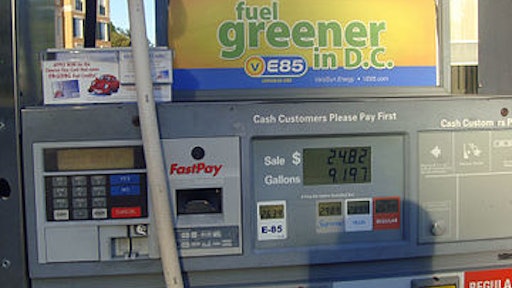 Growth Energy released a new survey showing that U.S. small engine owners are pleased with the performance of their fuel and find it easy to pick the best option, including regular unleaded blends of 10 percent ethanol (E10). Conducted by Quadrant Strategies, the random poll of 500 owners of lawn mowers, snow blowers, leaf blowers, weed whackers, and other small engines also found that nine in 10 respondents considered it important to have options at the pump that include ethanol blends.

“Consumers appreciate having clean, affordable options at the pump and small engine owners are no exception,” said Emily Skor, CEO of Growth Energy. “Biofuel critics like to claim that competition at the pump leads to confusion, but they obviously haven’t checked with American consumers who report that choice at the pump and small engine performance go hand in hand. Not only is picking the right fuel easy and worry-free, nearly every single respondent was satisfied with the performance of their fuel, including those using a standard 10 percent blend.”

According to the survey, 95 percent of owners found it easy to pick the right fuel, 98 percent reported satisfaction with their fuel’s performance and 90 percent considered it important to have options at the pump, including ethanol blends. The numbers were the same or even higher among only those respondents who reported using standard unleaded gasoline, which contains 10 percent ethanol.

“Ninety-seven percent of all fuel sold in the U.S. contains 10 percent ethanol, which is a high-performance option for all common outdoor equipment,” said Donn Larson, president and CEO of Larson Sales Inc., one of America’s premier outdoor power equipment distributors, with a network of hundreds of dealers, covering a large part of the north central United States. “Ethanol provides a non-toxic octane boost to fuel and owners report that picking the right blend is as simple as reading the label on every pump. It also reduces the need for freeze-preventing additives, which is great for snow blowers.”

So What's the Problem with Ethanol?