Wright Manufacturing will host a three-day birthday party at its indoor booth at the Green Industry & Equipment Expo. 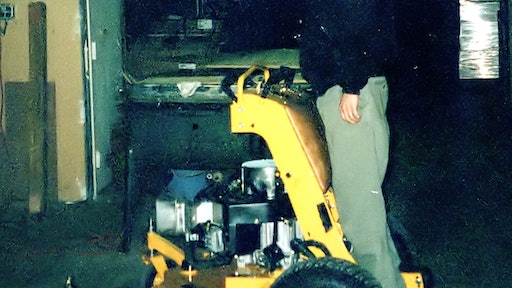 Bill Wright stands on his first Stander mower in 1997.

Twenty years ago, in 1997, Wright Manufacturing began selling the industry’s first stand-on mower—the Stander. And, this October, Wright will host a three-day birthday party at its indoor booth (number 3094) at the Green Industry & Equipment Expo (GIE+EXPO).

During Dealer Day, Wednesday, October 18, Wright will celebrate with cake and champagne from 3 to 7 p.m.

On Thursday, October 19, and Friday, October 20, Bill Wright, president and CEO, will pose for photos in the booth from 11 a.m. till noon. You can have your picture taken with the guy who contributed to the increase in your company’s productivity by inventing the first stand-on mower.

Throughout the show, Wright will give out special 20th anniversary T-shirts (while supplies last) to anyone who will take a selfie wearing the shirt; post it on Facebook, Instagram and/or Twitter; and tag Wright.

When you stop at the Wright booth to help celebrate the Stander’s birthday, you can also look over large-deck Stander ZK models now powered by the Briggs & Stratton 37-HP, electronic fuel injection (EFI) engine. Then you can step outside the exhibit hall to outdoor booth 7624-D and test drive this powerful Stander, along with all the Wright mowers.