HOUZZ INSIGHTS: How to use these popular plant types to create gorgeous landscapes that also give clients some added privacy. 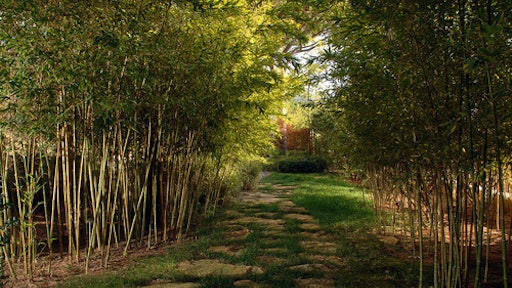 The following insights are from Falon Mihalic of Houzz.

Privacy is a top priority for homeowners with close neighbors, loud sounds from adjacent spaces or less-than-scenic vistas. Plants make excellent privacy screens because they can block noise and unsightly views while also adding color, texture and seasonal interest that only gets better with each growing season. Read on to learn about the plant types that work best for privacy and how you can use them in your landscape.

Choose dense growth over quick growth. It’s easy to be enticed by fast-growing trees, like poplar or pear, for immediate privacy. Fast-growing trees are often more affordable, but they are not good investments: They are not long-lived and are often weak-wooded and will be the first to suffer damage during a storm. Instead, choose plants that grow densely, like the examples listed below, for solid coverage.

Do not plant invasive species, no matter how easy they might be to grow. An invasive plant has disastrous effects on ecological health when it escapes into the wild. Invasive species are those that aggressively displace other species and degrade biodiversity as a result. There are many instances of invasive species that were introduced because they made quick, easy-to-grow privacy screens, and you can see them spreading relentlessly and choking out desirable natives. Research a plant before purchasing a plant from the nursery.

1. Evergreen trees. Evergreen trees make excellent privacy screens because they provide year-round coverage. Evergreens with large foliage or evergreen conifers with branches that extend to the ground are the most useful for privacy.

2. Evergreen shrubs. Coniferous evergreen shrubs and broadleaf evergreens provide privacy for sightlines that are lower to the ground. Use shrubs to create a low screen around your patio or other sitting areas.

As with evergreen trees, space your planting of evergreen shrubs so that their branches slightly touch. This will give them room to grow in and will allow their branches to overlap some over time.

3. Hedge plants. A hedge is most easily made from columnar trees or upright shrubs. Plants that make great hedges respond to pruning by becoming more dense.

To form a continuous hedge, space plants about half their mature width apart to provide full screening when pruned. For example, an English yew (Taxus baccata) that grows to a mature width of 10 feet should be planted 5 feet on center. (On center refers to the measurement between the plants’ root base.)

4. Robust vines. Vigorous vines that spread outward as well as upward can provide dense growth by forming a living wall.

5. Bamboo. Bamboo can be a troublesome plant because of its invasive nature, so please choose your bamboo species with care. There are two types of bamboo: clumping and running. Clumping bamboo sends up new growth close to the original planting and becomes denser over time. Running bamboo sends out longer rhizomes underground that sprout farther away from the original planting.

Bamboo is most useful in confined spaces and in containers. Use a root-barrier liner if you are planting it in the ground to help keep it from spreading extensively. Plant the bamboo culms, or hollow stems, as densely as your budget allows for fast privacy.

Plant ornamental grasses in highly visible areas adjacent to spaces in your yard that are used most often in the summer. Choose species that reach at least 3 to 4 feet in height, and use them to fill in gaps.

7. Weeping trees. Most weeping trees are specialty cultivars that have been bred to have branches that appear to “melt” downward. They are great for privacy because they typically have very dense foliage that flows all the way to the ground.

Weeping trees can be very expensive and are usually planted as single specimens. Plant one weeping tree cultivar in an area where it has plenty of room to mature.

Attract Birds to Your Yard With a New Bird Feeder

How to Design a Garden for Native Bees

How To Avoid Foliage Monotony

10 Ways to Go Green With a Living Wall or Roof