The Installer Championships are intended to test the skill, dedication and passion of hardscape contractors. 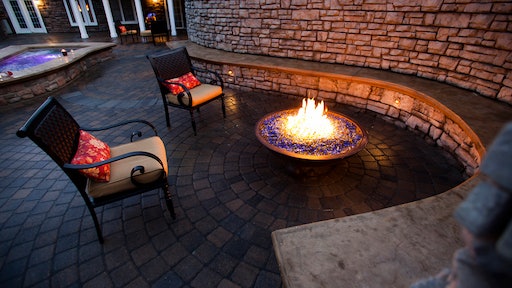 The Hardscape North America Installer Championships are intended to test and recognize the skill, dedication and passion of hardscape contractors from Canada, the United States and Mexico.

The early-bird team registration fee is $150 and available until September 7, 2017. The fee is increased to $200 per team following this date. Teams may download registration forms at hardscapena.com/installer-championship.

At the HNA 2017 final competition, 24 teams will have their understanding of industry best practices and guidelines tested in a race against the clock and other top installers in the industry.

The HNA 2017 Champions will receive a prize package valued at approximately $10,000. The package includes $1,000, an iQ360 14-inch masonry saw with fully integrated dust collection plus accessories (valued at $5,348), a Weber MT CF3 Pro forward plate compactor (valued at $3,600), their name engraved on the HNA Installer Championship Cup, a plaque and recognition in various media.

The HNA 2017 second-place team will receive $400, an iQ360 14-inch masonry saw with fully integrated dust collection plus accessories (valued at $5,348), a plaque and recognition in various media.

The HNA 2017 third-place team will receive $100, a plaque and recognition in various media.

The HNA 2017 fourth-place team will receive a plaque and recognition in various media.

Registration is not complete until:

Each team will be provided with the basic hand tools and personal safety equipment. The following larger tools will be supplied for use during the championship:

Teams can bring and use their own small hand tools.

To register for HNA and find further details about the Installer Championship and/or regional installer championships and events, please visit HardscapeNA.com.

Michigan Landscaper Urges Others to Stay At Home

Our social campaign, #StrengthofIndustries aims to highlight efforts to support the landscaping industry regarding COVID-19
April 7, 2020

Toro launches a new easy-to-use attachment that is available for over 5 Dingo models.
The Toro Company
February 18, 2020
Follow Us