Foodscaping, Edible Landscaping: A New Way to Create a Garden 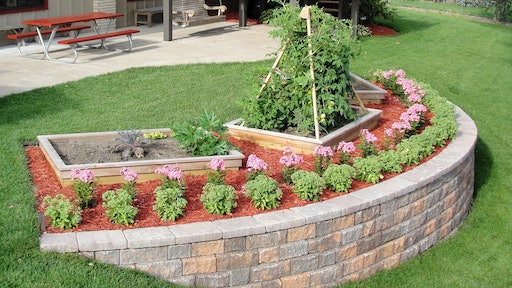 With manicured lawns and perfectly trimmed shrubs, the landscaping surrounding North American homes and buildings was, until recently, mostly considered decorative. However, a new way of designing gardens, particularly appreciated by millennials, just made its appearance—foodscaping.

A Functional, Ecological and Productive Garden

The principle of foodscaping is simple because it involves designing gardens in which edible plants are grown. By making your own edible landscaping, you can create a functional and ecological living environment that produces organic, fresh, tasty and inexpensive food.

Nut trees, fruit trees and shrubs, perennial or tropical vegetables, herbs, edible flowers and medicinal plants, any of these has its place in edible landscaping. They have the ability to produce vegetables and fruits in abundance, year after year, with little maintenance. As it is the case for permaculture, edible landscaping is also a sustainable ecosystem that respects living creatures in which interventions are minimal.

A Landscape Just as Good as Beautiful

Vegetables are considered by a majority of people to be quite unattractive, so they are often grown in a corner of the land far from the house. On the other hand, since it consists of plants that are just as beautiful as they are edible, foodscaping can be achieved almost anywhere: on the front land of a residence, on a terrace or even on a roof.

Grasshopper In a High-Profile Food Fight

The AS900tele reduces the need for additional equipment and optimizes jobsite logistics.
Mecalac
November 25, 2020
Follow Us