The myth of fall tree trimming

To prune or not to prune, that is the question 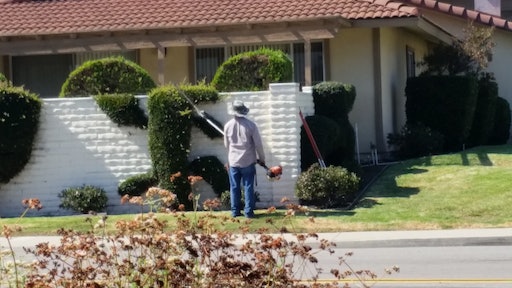 Pruning and trimming seem to go hand-in-hand with fall cleanup. Bare, straggly branches may seem unsightly, but resisting the urge to prune them is the best option to keep trees and bushes healthy.

Shayne Newman of Northern Connecticut’s YardApes, Inc., advises that pruning-happy landscapers should put down the pruners and wait.

Understanding why fall is not the time to prune

“Right now we’re getting late into the season when it’s not ideal time to prune. Probably only what you want to prune is dead and dying branches. The best way to explain it is the tree’s top growth is ending, so it's not going to push out new growth. More importantly, the wounds you make when you prune are not going to heal over,” says Newman. “So generally anything that you’re going to prune now, you’re better off waiting and doing dormant pruning, which would be before the plants leaf out, which in our area is like a March or April time frame.”

“We usually say, 'Don’t trim anything after September 1.' You have a little longer time than that, but you’re left with cuts that don’t heal up. You might get a little bit of new growth, but that growth is not going to mature or ‘harden off’ soon enough that it will be strong enough for winter. So generally that new growth will brown out in the winter if it’s an evergreen or even a deciduous plant.”

When it comes to flowering bushes, the pruning times vary by type. There are some fall and late-summer bloomers that do need to be pruned in the fall. But doing others at the wrong time of the year results in fewer blooms returning next season.

“Another rule of thumb for pruning is that if you enjoy the plant's flowers, the best time to prune it is right after it's done flowering—within a month or two after it’s flowered,” says Newman. “That’s what makes it hard as professionals; our clients may not know the windows of when to do things, and we do.”

Many areas across the United States are facing drought that stretches into the fall season. The drought brings an onset of issues for trees preparing for winter. In Newman’s area of Connecticut, they’ve had an unnaturally dry season, so much so that trees are dropping their leaves early. While September is usually an ideal time to plant, some of the newly planted trees are dying.

“It’s going to have long-term consequences for trees and plants. In fall, rather than putting their energy above ground, they put their energy to their roots and stress their disease-building resistance. So essentially a lot of their growth is going to go into their roots and underground. So it’s really important that there is moisture in the ground during fall,” Newman explains. “If you have a drought, it really stresses the plant and it’s hard for the plant to go through winter after that. It’s really important to make sure they have water all the way up until when the ground freezes.”

It’s important to also water the correct way. Newman says that he sees a lot of homeowners who water lightly every day, or every other day. The problem with the light watering is that the water just remains on the surface layers of the soil.

“When we’re talking trees and shrubs, you really want to soak them really deeply over a couple days or one day, and then do it again in a week. You want the moisture to be down deep so that the roots go down to find that moisture, not just stay on the surface.”