How California is Fighting Fire...With Fire 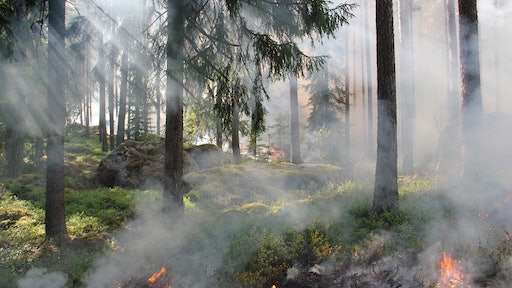 Six of the ten worst fires in California’s history have occurred in the past eighteen months, and last year’s fire season was the deadliest and most destructive on record. More than a hundred people were killed, and more than seventeen thousand homes destroyed. Experts have warned that this year’s fire season could be even worse, in part because record-breaking rains early this year spurred the growth of brush and grasses, which have since dried out, creating more fuel. Governor Gavin Newsom proclaimed a wildfire state of emergency in March, months before fire season would normally begin.

Megafires are huge, hot, and fast—they can engulf an entire town within minutes. These fires are almost unstoppable and behave in ways that shock fire scientists—hurling firebrands up to fifteen miles away, forming vortices of superheated air that melt cars into puddles within seconds, and generating smoke plumes that shroud distant cities in apocalyptic haze. Centuries-old trees, whose thick bark can withstand lesser blazes, are incinerated and seed banks beneath the forest floor are destroyed. Without intervention, the cinder-strewn moonscape that megafires leave behind is unlikely to grow back as forest.

The tools and techniques capable of stopping megafires remain elusive, but in the past few decades a scientific consensus has emerged on how to prevent them: prescribed burns. When flames are kept small and close to the ground, they clear the leaf litter, pine needles, and scrub that fuel wildfire, and consume saplings and low-level branches that would otherwise act as a ladder conveying fire to the canopy. With the competing vegetation cleared out, the remaining trees grow larger, developing a layer of bark thick enough to shield them from all but the hottest blazes.

In the early nineties, the Forest Service revised its policies to allow prescribed fire as well as thinning. However, the agency had very little experience in designing and conducting prescribed burns in the American West. Conversationalists decided to pursue a strategy that had recently been developed by a Forest Service scientist at its Rocky Mountain Research Station. Strategically Placed Landscape Area Treatment or SPLAT is a technique that  involves clearing rectangular chunks of forest in a herringbone pattern.This compels any wildfire to follow a zigzag path in search of fuel, travelling against the wind at least half the time. The splats function as speed bumps, slowing the fire enough that it can be contained, while allowing the Forest Service to get away with treating only twenty to thirty per cent of any given landscape.

See more on how California is fighting forest fires from the New Yorker.