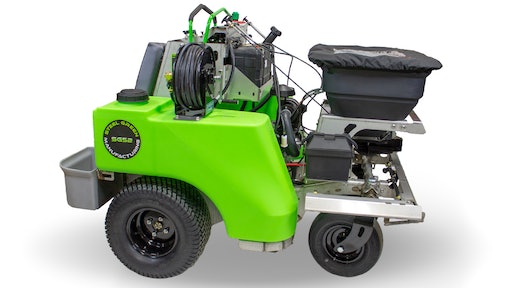 The Toro Company and Steel Green Manufacturing have settled their litigation relating to alleged misappropriation of trade secret information.

Through an agreed injunction, Steel Green and its employees have agreed to refrain from certain activities including the use of the information that employees removed from Toro’s computer systems in March 2018.

The injunction prohibits Steel Green Manufacturing from selling Z-Spray parts during February and March and Steel Green machines during March and April of 2020.

Steel Green dealers and distributors are not affected by the injunction except for Steel Green’s manager for one month in April 2020.

All other dealers will be permitted to sell Steel Green machines during that time.

“With the lawsuit behind us, we are ramping up production,” said Brent Mills, general manager for Steel Green Manufacturing. “Our focus is on taking care of our customers and providing inventory to our dealers.”

The lawsuit was filed after Toro’s acquisition of the assets of L.T. Rich Products, Inc., a Lebanon, Indiana-based manufacturer of stand-on, zero-turn sprayers and spreaders marketed under the trade name “Z-Spray.”

According to a joint statement issued by Toro and Steel Green, Matt Smith, Mike Floyd, Scot Jones, Brent Mills, Craig Conyer, and James Kepner were employees of L.T. Rich who continued to work at the L.T. Rich facility following the company’s acquisition.

In early July 2018, that group of employees left their employment at the L.T. Rich facility to form Steel Green Manufacturing LLC, which manufactures stand-on, zero-turn sprayers and spreaders that compete with Z-Spray products.

Prior to quitting, certain employees removed a significant volume of information from Toro’s computer systems, much of which Toro considered sensitive, confidential, and trade secret.

A lawsuit was filed in U.S. District Court for the Southern District of Indiana against Steel Green and its employees alleging among other things, misappropriation of trade secret information that belonged to Toro, giving Steel Green an unfair advantage in bringing its products to market.

Steel Green and its employees denied the allegations, and specifically denied ever using the information.

In addition, Steel Green and its employees also assert that, before the lawsuit was filed, they returned to Toro the storage devices that contained the information that the employees removed.

The parties have reached an agreement to settle their differences.

Steel Green Manufacturing will be attending several upcoming industry events, including the GIE+Expo.

“We are incredibly grateful for the support and encouragement we have received from the lawn care community,” said Mills. “We are committed to building the best equipment and providing the best customer service in the industry, and we are planning to be around for a long, long time.”