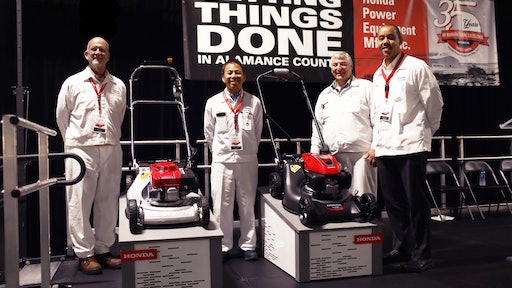 The new investment strengthens HPE's production technologies in the North Carolina plant and includes a production line for the new Honda GCV general-purpose engine and a 135,000 sq. feet plant expansion for parts storage. The plant has the capacity to produce 2 million general-purpose engines per year, including the GCV engine, which is designed specifically for premium, residential power equipment applications.

In addition to the investment and expansion announced today, HPE invested $10.5 million in a 116,000 sq. feet plant expansion announced in February 2018, which now supports assembly and parts storage operations. Once all renovation is completed, this area will house the new engine line.

Honda has invested a total of $350 million in the North Carolina facility.

HPE is one of Honda's highest producing plants in the world with the annual capacity to produce more than two million Honda general-purpose engines and 500,000 finished products, including Honda lawn mowers, snow throwers, string trimmers, mini-tillers and generators.

Production of lawn mowers began in 1984, as the third Honda manufacturing plant in America, with cumulative production now topping 38 million products for Honda customers in the U.S. and around the world.

To commemorate the 35th anniversary milestone, HPE made contributions to local community organizations, demonstrating its continued commitment to Alamance County. HPE donated $2,500 to the Alamance-Burlington School System and provided Honda EG2800i OFI generators to fire departments in Swepsonville, Mebane and Haw River and the Piedmont Triad chapter of the American Red Cross.