Episodes involving Lucky and OPEI president and CEO Kris Kiser have been announced for winter and spring 2016. 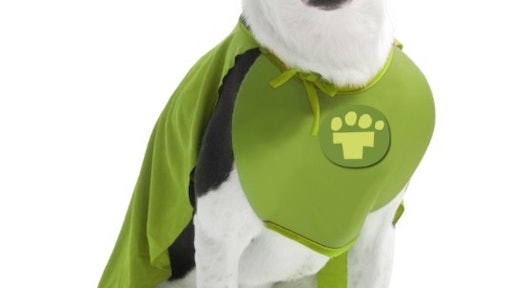 A rescue dog named Lucky and his owner, president and CEO of the Outdoor Power Equipment Institute (OPEI) Kris Kiser, will appear this season on the Emmy Award-winning “Lucky Dog” show that airs Saturday mornings on CBS as a part of the ‘CBS Dream Team, It’s Epic' block of programming.

In the May 7th episode, an older shelter dog named Dottie is adopted by Kiser and joins him and Lucky at home in Virginia. Additional episodes are scheduled to run on the following dates: January 23 (featuring Darby), February 13 (featuring Maggie), March 12 (featuring Odie), April 9 (featuring Scarlett), and May 7 (featuring Dottie). All dates are tentative and subject to change. An additional “best of” episode featuring TurfMutt and Kiser will air at a later date.

CBS says that the show, “Lucky Dog,” follows animal trainer Brandon McMillan, who rescues hard-to-love, out-of-control, untrained and unadoptable dogs. McMillan turns these pooches into perfect pets. In the end, a lucky family will adopt an even luckier dog, which CBS says makes each episode an adoption story that warms the heart.

Kiser and his adopted dog Lucky, the “TurfMutt,” are on a mission to educate viewers on ways to create environmentally–responsible living landscapes that families and pets can enjoy.

Lucky the “TurfMutt” serves as the “spokesdog” for the OPEI Education & Research Foundation’s TurfMutt environmental stewardship and educational program by Scholastic, for children in grades K-5. The national program has reached more than 62 million children, educators and families, since 2009, showing them how they can “save the planet, one yard at a time.”

“Lucky and I are very excited to participate in the “Lucky Dog” television show. I met many families living in California as part of taping the show, and was able to visit their yards and provide tips on how to make a living landscape a home for their new pups,” said Kiser. “It’s not just about having a lawn for your dog and your kids at all costs. It’s about having the right kind of yard, including a lawn, for the environment you are living in today.”

If you're applying any kind of a knockdown, always include a pre-emergent herbicide
Ryan Whisner
November 16, 2020

Disposing of the containers that hold dangerous materials should be hassle-free
Axiom Products
November 2, 2020
Follow Us