The Massachusetts towns of Marblehead, Eastham, Warwick and Wellesley have already either banned or limited glyphosate use. 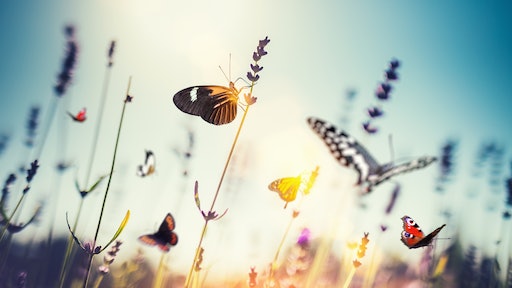 Walt Thompson has long admired monarch butterflies, and now he's leading the charge to ban the use of potentially harmful herbicides in city parks with hopes of protecting the insects, as well as local pets and children. Thompson's fascination with the butterflies led him to create a habitat for them on the Clipper City Rail Trail in Massachusetts, where he has planted dozens of milkweed plants, which caterpillars (and soon-to-be monarch butterflies) rely on to lay their eggs.

But recently, Thompson was alarmed when he came across a quote from famed scientist Bill Nye, who said the use of glyphosate products has "decimated" the world's monarch butterfly population by as much as 90 percent over the past 20 years.

Glyphosate is a herbicide that has been widely used since the 1970s to control weeds around crops, on lawns, and in roadside and forest settings. Roundup and Rodeo include the chemical.

In response to this discovery, Thompson contacted Newburyport Parks director Lisë Reid, asking the parks commission to consider banning the use of glyphosate products in city parks and playgrounds. He also created an online petition for the cause, which he began circulating on social media.

What You Need to Know about 2,4-D Herbicide to Keep Pets Safe