Bayer bought Monsanto after securing approval from regulators. Nothing will change. 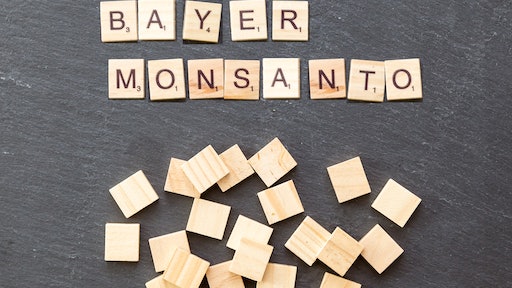 Bayer officially baught Monsanto on June 7 for $63 billion, after securing approval for the deal from U.S. and European regulators. Bayer announced they will immediately retire the 117-year-old Monsanto name.

Monsanto is the world’s biggest supplier of genetically modified seeds and the name has become a rallying point for members of the anti-GMO movement. The name has been sullied in recent years by controversies ranging from lawsuits over organic farmers turning up traces of GMO genes in their crops, to the listing of glyphosate, the main ingredient in Monsanto’s herbicide product Roundup, as probably cancer-causing by the World Health Organization.

The U.S. Environmental Protection Agency disagreed with the WHO classification in December, concluding that glyphosate likely does not cause cancer. The the carcinogenic potential of Roundup is currently also the subject of a lawsuit, which is scheduled for a trial this month.

Tennessee Restricts Use of Monsanto Pesticide as Problems Spread