This Project Proves It 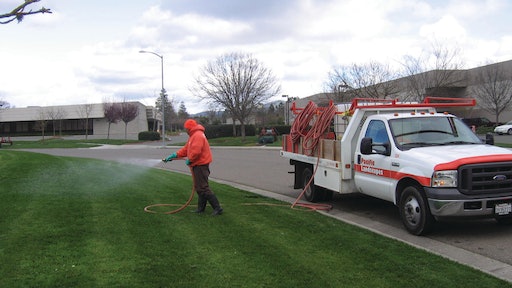 Pacific Landscapes won an award for sustainable maintenance from the California Landscape Contractors Association this past July. The property, an office building in Santa Rosa, CA, was constructed in 2002. Conventional lawn care using synthetic products was employed until 2008. Pacific Landscapes' organic soil fertility management program was then implemented in 2009.

Darryl Orr, co-owner of Pacific Landscapes, says the results show that this "soil health" approach is both good for the environment and highly effective.

Highlights of the program:

Results of the program:

Sarasota County already bans the use of nitrogen and phosphorous during the rainy season, but giving up fertilizer entirely ups the ante.
September 6, 2018
Follow Us