Terminix Fined $9.2 Million for Use of Pesticide that Poisoned Family

The company admitted to using a banned pesticide at 14 locations—including the resort where the family was vacationing. 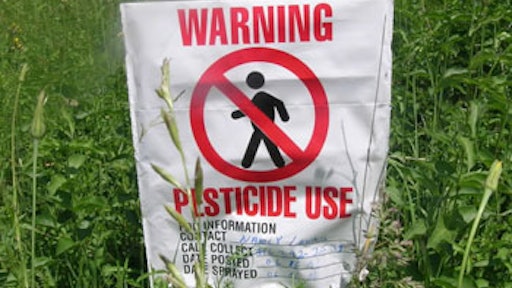 Terminix will pay $9.2 million in criminal fines tied to the company's use of a banned pesticide that nearly killed a Delaware family vacationing in the Caribbean in March 2015, according to the federal Justice Department.

The company was recently sentenced, two years after the Esmond family fell ill. Federal prosecutors said Memphis-based Terminix admitted to using a pesticide called methyl bromide at 14 locations—including at the Sirenusa condominium resort in St. John, Virgin Islands, where the Esmonds were vacationing.

“An entire family suffered horrendous and life-altering injuries. We will continue to aggressively enforce environmental laws to help prevent something like this from ever happening again,” Joycelyn Hewlett, attorney for the District of the Virgin Islands, said in a news release.

The federal Environmental Protection Agency banned the pesticide, which is odorless, and can severely damage the central nervous and respiratory systems, for residential use since 1984. Methyl bromide is effective against powderpost beetles, which destroy wood similarly to termites and are prevalent on the islands.

Landscaper Pays $550,000 in Back Wages, Penalties for Underpaying Foreign Workers