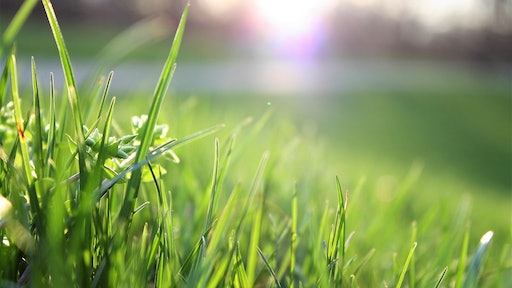 A simple change in the choice of grass varieties for many lawns in the United States could be a key tool for fending off fall armyworm infestations, according to new research.

St. Augustinegrass (Stenotaphrum secundatum) is the most common turfgrass species in the southeastern United States, and it is typically planted with a single cultivar across an entire lawn. But multiple cultivated varieties, or cultivars, of St. Augustinegrass are commercially available, and landscape entomologists at the University of Florida and the U.S. Department of Agriculture recently sought to find out which, if any, of those cultivars offered natural resistance to the fall armyworm (Spodoptera frugiperda), a caterpillar that commonly damages lawns.

Their tests found that none of the six common St. Augustinegrass cultivars rose above the rest in resisting fall armyworm infestation. But, when the cultivars were planted together in mixtures of two or four cultivars, it was a different story. The fall armyworm clearly preferred the single-cultivar plantings.

"We were most surprised by how clear the effect of cultivar diversity was on fall armyworm host selection and feeding," says Ethan Doherty, biological scientist at the University of Florida's Indian River Research & Education Center and lead author on the study. "The insects had a consistent preference for the cultivar monoculture plantings, and we saw that the effect of cultivar diversity became increasingly more pronounced as diversity increased from two to four cultivars. We didn't expect such a clear result."

Doherty conducted the research as part of his master's degree studies with advisor Adam Dale, Ph.D., assistant professor of turfgrass and ornamental entomology at UF, and Robert Meagher, Ph.D., research entomologist at the USDA-Agricultural Research Service's Center for Medical, Agricultural, and Veterinary Entomology. Their report is published today in the journal Environmental Entomology.

To test the fall armyworms' preference among single and multiple St. Augustinegrass cultivars, the researchers conducted a variety of tests. They fed groups of the caterpillars, or larvae, diets of single cultivars to compare the susceptibility of each cultivar to the insects. Then they fed the larvae mixed diets of grass clippings, one cultivar at a time but changing the cultivar every two days. In another test, they placed the larvae in enclosed plantings of one, two, or four cultivars, allowing them to choose among the cultivars in the plantings. In these tests, the larvae were measured for qualities such as weight, development rate, and survival rate.

In a pair of host-selection tests, the team built larger enclosures that each contained three different planting zones--one with a single cultivar, one with two, and one with four. Then they placed fall armyworm larvae or adults in the center of the enclosures and, for larvae, recorded the number that chose each option at various intervals over a period of three days and, for adults, recorded the number of egg masses laid in each planting after three days.

Why these insects prefer the less diverse grass stands remains to be studied, though it falls in line with principles seen in other plant-insect interactions, Doherty says.

"Associational resistance is the idea that certain plants may confer resistance to neighboring susceptible plants. This is often framed as an insect-resistant plant preventing or deterring insect herbivores from feeding on adjacent susceptible plants," Doherty says. "A related, broader concept, the resource concentration hypothesis, predicts that increasing plant diversity will reduce herbivore colonization, retention, and feeding. With no resistant cultivars among our tested grasses, our results suggest that plant diversity itself may create a more pest-resistant lawn ... but do not elucidate a specific mechanism."

With St. Augustinegrass and the fall armyworm both common in lawn settings, Doherty's research has potential to open new avenues for integrated pest management in a variety of urban ecosystems, but he cautions that further research is necessary to investigate similar dynamics in other grass and pest species, as well as to elucidate the specific reasons why cultivar diversity in this case offered such benefits.

"We think that this study is a nice starting point that will set the stage for a series of future experiments," he says. "Given the magnitude of warm-season turfgrasses in the southeastern U.S. and the monetary and environmental impact of insects, other pests, and their management, this approach could have several benefits. We are several steps from an industry-implemented practice but have generated momentum with additional experiments planned and underway."

Getting the new season off to a good start by implementing five best practices
June 7, 2019

Productivity Is King: Aerate and Seed in One Pass

The Application of Viscous Slurry in a Hurry

Landscapers are able to distribute seed evenly across the width of the machine with the primary seeder.
Kasco Manufacturing
May 21, 2018

For some, a well-manicured lawn is the pride of their home, but for others a mini meadow is the best bet.
Aislinn Sarnacki
April 11, 2018

Having issues keeping the grass green? You could be making some common lawn care mistakes.
April 9, 2018

When It Comes to Weeds, Make Haste Slowly

Weeds are considered eyesores, but they could be improving soil for more desirable plants.
Sean Kriletich
April 2, 2018

Below the Surface—Renewing Tired Lawns

Why Is the Grass Greener in the Neighbor’s Yard?

Along with pest control and snow removal, the firm also cares for lawns within a 50-mile distance of its home base.
July 24, 2017

The new Turbo Turf HM-400-TE is designed to be an ideal machine for landscapers who want a mechanically agitated hydro seeding unit.
Turbo Technologies
May 1, 2017

The Evolution of Hydroseeding Equipment

Siteworx Global has pulled together a team of hydroseeding experts to re-engineer a product that gives contractors more versatility and peace of mind.
April 20, 2016