7 tips to help you hire the right kind of employees who can step up as crew leaders when called upon. 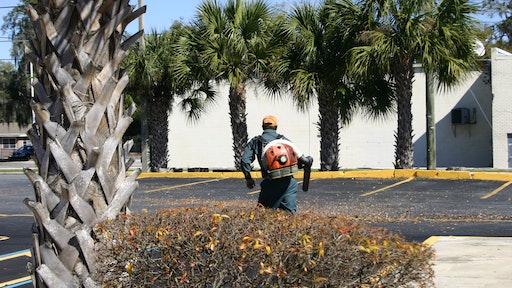 If you’ve watched at least a few war movies, you're familiar with the following scene. The platoon leader is shot and killed, leaving a younger, less qualified subordinate to take over in the heat of battle and lead the team to victory. In nearly every case, the new leader finds the courage and skills, seemingly out of nowhere, to get the job done.

This same type of scene plays out every day in landscape companies across the country, but rarely ends in a victory of any sort. OK, your best crew leader probably doesn't get shot, but he might get recruited by your competition and leave you with little notice. Unfortunately, to make matters worse, this often plays out at very inopportune times of the year—like when you're behind on work or ready to get started on a new, really important project.

Here are some strategies to help you deal with this panic-inducing scenario.

1. Always be thinking “crew leader” when you make hiring decisions. Every time you onboard a new employee that you know in your heart will never rise above the ranks of a basic technician, you’ve limited yourself. No, not every applicant possesses the skills necessary to lead a team, but if you fill your bench with “potentials,” it will ease the pain of replacing a crew leader next time one disappears overnight.

2. Shop for leadership experience, regardless of technical skills. As you deploy your strategies to attract potential crew leaders, don’t rule out other industries. An applicant who has no landscape experience but can demonstrate success as a crew leader for a plumbing company is a great prospect. Onboard them and let them learn the technical skills. Once they show proficiency in their skills, you have a crew leader on your bench.

3. Identify leadership qualities early. Always watch for signs of a good leader within your current team. Who shows up early, works hard, goes above and beyond without being asked, and readily takes on more responsibilities? Who do the other employees respect and emulate? Create a mentoring program that allows these future stars to train under your best current crew leaders.

4. Don’t confuse good technical skills with the ability to lead. Probably the most common mistake made is promoting a hard-working technician who does a great job in the field without testing him for the ability to lead. In my two-decade career as a business owner, I made this mistake several times. I watched a perfectly good employee get forced into the crew leader position, fail miserably at it, and quit shortly after. Nearly every hourly employee will say “yes” to a crew leader position whether they think they are ready or not. The enticement of a pay raise combined with the pride of being a leader is hard to turn down. Remember, good technical skills have little to do with good leadership skills.

5. Use a standardized personality test. No matter how many interviews you may have conducted, it can still be very hard to get a good grip on an applicant's true identity. For one, interviewees are usually nervous. This means that their actions won’t necessarily be the ones they typically display. Even a very honest individual can exhibit signs of a less trustworthy candidate.

The best personality tests probe for honesty and integrity. They are specifically designed to predict the predisposition of job applicants to engage in on-the-job theft and other counterproductive job behavior. The tests often include questions about beliefs regarding theft as well as requests for admission regarding theft and other wrongdoing. Research has shown that integrity tests can reliably predict theft-behavior patterns.

Before conducting personality testing, be sure you know your state laws regarding them. There is currently no federal regulation barring the use of integrity testing, but a few states have restricted their use under their state anti-polygraph statutes. Also, be careful about how personality testing is designed and administered to minimize potential legal exposure under other federal laws relating to employment issues such as civil rights, disabilities and privacy.

6. Seek out applicants with a rural background. I was raised in southern Arkansas where my father was a carpenter and contractor. I grew up with a hammer in my hand. I had a role model that exemplified hard, honest work. My best employees nearly always had an upbringing that included hard work too. Many of them were raised on the family farm where everybody was expected to do their fair share of the work. They were also taught how to care for tools and equipment. They had a deep respect for their elders and possessed manners.

Crew leaders with this kind of upbringing never let the title of “leader” go to their heads. Consider creating a partnership with local FFA chapters at area high schools. Offer apprenticeships for those students who don’t want to go to college when they graduate.

Crew leaders are the backbone of any landscape company. Excellent screening and selection tools are critical parts of your employee management system. Use the above strategies to strengthen your bench. The next time one of your current crew leaders goes down on the battlefield, you’ll be ready to quickly replace them without sustaining too many casualties.

Terry Delany is 22-year green industry veteran. He is a partner with Davis+Delany, who specialize in attracting, selecting and retaining world-class employees. He can be reached at terry@davisdelany.com.