The trick is linking compensation to contribution. 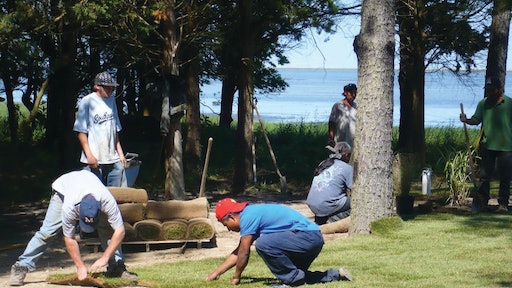 Insights from the experts at GreenSearch

Conventional wisdom has been divided over the degree to which money provides a true motivation for people. Many employers believe that money is the major reason why people work. Employees, on the other hand, place a higher value on things like dignity, respect and a real sense of appreciation for the contributions they make to their companies.

The truth lies somewhere in between both of these points of view.

Example of how an annual bonus can backfire

Consider the traditional annual bonus that some employers decide to give their employees. In the mind of the employer, giving employees a bonus is an act of goodwill, generosity and appreciation. The employer calculates the amounts of the checks based upon his/her perception of the contributions each of these folks has made. Generally, the amounts each receives are determined on a discretionary, subjective basis. The employer may not have “hard data” for determining the individual amounts each receives, but he/she feels awfully good about giving them out.

The employee, then, is elated about receiving the check. It’s a surprise and definitely welcomed. The employee thinks the best about the employer and all is well. Some weeks later, though, another employee lets it slip that he too received a bonus and how much it was. The amount he quoted was larger than that which the first employee received. Now the first employee begins to wonder about the how these amounts were determined. Suspicion and a feeling of being undervalued by his employer replace the elation he once felt.

Meanwhile, the employer is convinced that giving these discretionary bonuses is one of the smartest things he ever did, and believes that his generosity has cemented strong company loyalties on the part of his employees. For some of his troops, however, just the opposite has happened. In this case, money was a de-motivator.

Money motivates people when they perceive a direct link between that which they receive in compensation and that which they believe they have contributed to the enterprise in order to earn this level of payment. Some call this the principle of equity. It is a powerful component of the concept of motivation. If money is to truly become a motivational tool in your company, several things must happen.

Begin by defining the goal you wish to achieve vs. spending time telling people how to get it done. Good employees don’t want nor need someone who is always telling them the how-to’s of their jobs. I am not referring to legitimate training and coaching situations here. I am referring to those supervisors who insist that their approach to getting things done is the only possible way. This is demoralizing and sub-optimizes the talent your people possess.

Next, install a system of measurement for the things you want to accomplish. Call it a scorecard. This scorecard is just as important in measuring the shortfalls in achieving goals as it is in measuring goals that have been exceeded by a substantial amount. People need to know how they are doing in clear, unambiguous terms.

Finally, make a commitment to communicate progress against goals on a regular basis. If their goals are financial in nature, and most should be, schedule regular monthly meetings with your folks and let them see how they are doing and what they need to do to take corrective action and improve. The day you lose interest in these meetings is the day your people lose interest in what you are trying to achieve.

The ultimate benefit of adapting a process and approach like this is that people begin to think and act in a cause-and-effect manner. Money earned that has been tied to some real results that people’s decisions and actions have helped produce is a powerful motivational tool. To the folks who receive it, there’s one hundred cents in every one of those dollars.

How many cents do you think your employees feel are in each of those dollars you give them on a discretionary basis that have no well-defined connection to results achieved? Think about it.

How To Create a Culture that Makes You More Competitive

How To Use Money to Drive Technician Performance

How To Drive Employee Performance