Who Really Is Responsible for the Green Industry's Success?

A list of fast-growing, innovative landscape companies you've probably never even heard of. 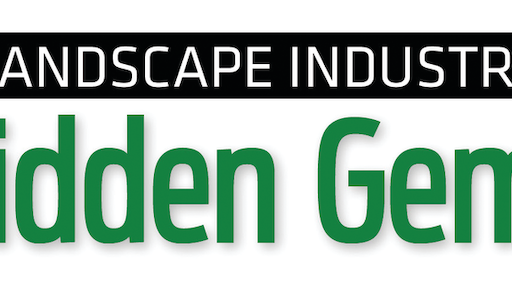 I've often been asked, "Why doesn't Green Industry Pros publish its own version of the Biggest Landscape Companies list?" My first response is: Because all but a few landscape companies are privately held, so verifying the financial data would be extremely time-consuming, if not impossible. My second response is: Who cares?

I mean, it's interesting, I guess, to see who made the list or to see how much bigger (or lately, smaller) TruGreen got, or to try and figure out who should be on the list but isn't because they didn't fill out the entry form. But to the overwhelming majority of our landscape contractor readers, who by and large operate on a local level, none of this matters. They know who their competition is—big and small—so this list provides no value to them.

We want to simply focus on good ideas that help all landscape companies get better. We don't use sales volume as a barometer for good ideas, which is why we aren't even publishing sales figures in our contractor stories anymore. I remember what Arizona contractor David Spector once said to me: "My company's success simply comes down to feet on the ground." In other words, to the client, the only thing that matters is how a given crew services their given property. One of the big market research firms I track also said it well: "Large landscape companies still operate on a localized, branch level." So there you go.

So as you can see, in terms of sheer numbers, this industry is largely made up of numerous "smaller" companies. The really successful ones all look and act "big" in their clients' eyes.

Let's give some "hidden gems" some recognition! Here's one more statistic to chew on: There are somewhere in the ballpark of 3,500 to 4,500 landscape contractors with sales between $2 and $10 million. Keep in mind that the cut-off point to make a biggest-companies list is around $12-13 million.

We want to start the process of assembling a list of "hidden gems" in the Green Industry. If you think your company is a hidden gem that deserves some recognition, click on one of the links below to fill out a quick form (will take you literally a minute or two).

I truly hope you guys will get involved here. As inspiring and important as the huge companies are, this industry is not just about corporate giants. The Green Industry is about the tens of thousands of hard-working people who started businesses in their communities. The huge companies already have their spotlight, we just want to create some stage time for the other 95% of you.

New to the Game but Poised for Fame