National Retail Federation says April lawn and garden sales down a bit from March, but up nearly 10% from one year ago. 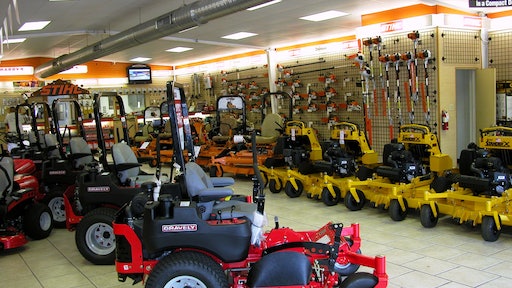 “Though consumer spending softened in April, retailers overall have seen solid sales growth so far this spring, a positive indicator we’re heading in the right direction,” said NRF president and CEO Matthew Shay. “With 22 straight months of sustained retail sales growth, retailers are optimistic as they gear up for the all-important summer shopping season.”

Lawn and garden equipment dealers are saying the same thing. Spring broke a good month early in many parts of the country, helping dealers get off to a quick start. According to the NRF report, “building material and garden equipment and supplies dealer” sales decreased 1.8% seasonally adjusted month-to-month, yet increased 9.8% unadjusted year-over-year.

Other findings from the April retail sales figures include:

Visit www.nrf.com for more information on the National Retail Federation.